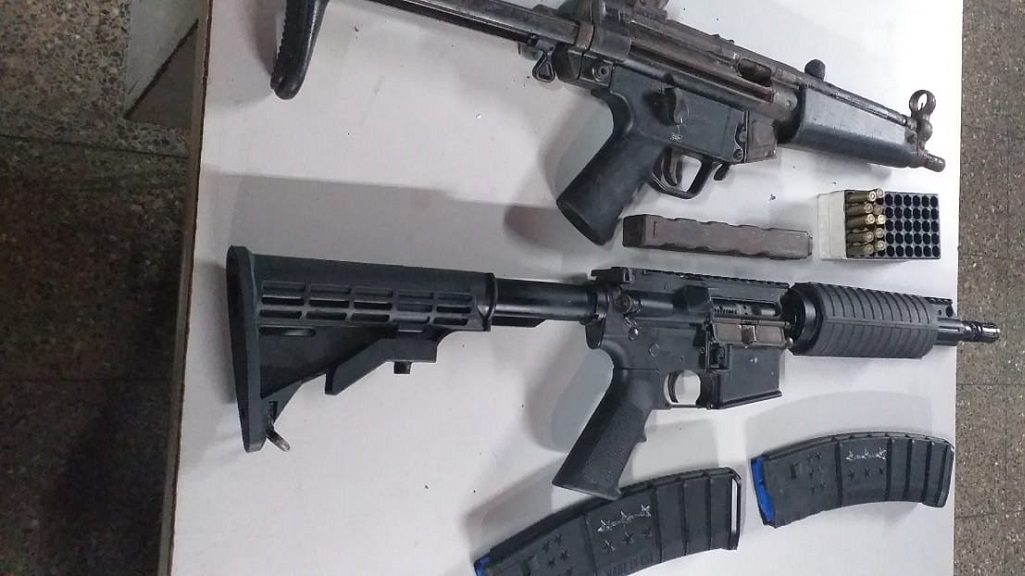 The Trinidad and Tobago Police Service (TTPS) says a key murder suspect was held along with two high-powered weapons during a raid in South Trinidad.

In a statement today, the TTPS said the 42-year-old man, wanted for questioning for several murders and shootings in South Trinidad, was arrested last night with two high-powered weapons.

The TTPS said around 9.30 pm on October 17, members of the Southern Division Task Force were on mobile patrol along Boodoosingh Street, Vistabella, when they had cause to stop and search a suspect, who lives at Hubert Rance Street, San Fernando.

The officers reportedly found a black plastic bag which contained a M4 Assault Rifle with two magazines, ten rounds of 5.56 ammunition, one Heckler and Koch A5 submachine gun with one magazine.

The suspect was arrested and taken to the Marabella Police Station for questioning.

Investigators described the suspect as a key member of a gang operating in South Trinidad. Investigators say he is wanted for a series of murders and shootings.

Police said they are now searching for other members of two gangs which are operating in South.

Acting Commissioner of Police, Mc Donald Jacob, said the police officers of the Southern Division and other units within the TTPS have no intention to sit idly by and allow the criminal elements to continue with their foolish and senseless gang violence:

"Our intention is to attack with all the artillery given to us within the law. Our message is a simple one for the other gang members - give up now or stand the consequences."