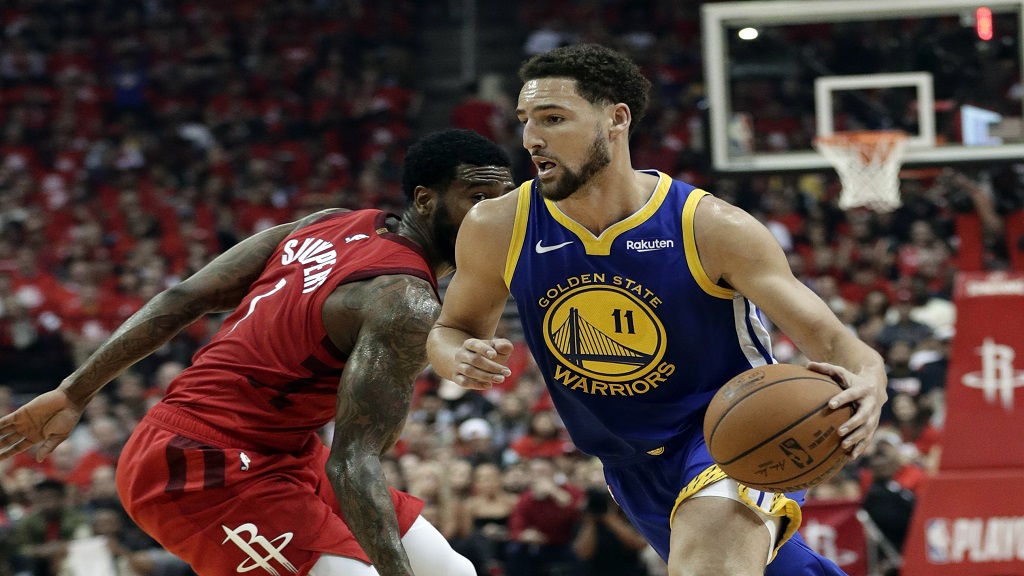 In this May 10, 2019, file photo, Golden State Warriors' Klay Thompson (11) drives past Houston Rockets' Iman Shumpert during the first half of Game 6 of a second-round NBA basketball playoff series in Houston. (AP Photo/Eric Gay, File).

Klay Thompson has suffered a right Achilles tear and will miss the entire 2020-21 NBA season, according to reports.

The Golden State Warriors confirmed on Wednesday that Thompson had sustained an unspecified leg injury during a workout in California.

According to ESPN's Adrian Wojnarowski, the five-time All-Star has a torn Achilles that will force him to sit out a second straight season.

Thompson missed the entire 2019-20 campaign after tearing the anterior cruciate ligament in his left knee during Game 6 of the prior season's NBA Finals.

The 30-year-old guard only took part in his first full Warriors practice since that injury in September, 470 days after leaving the decisive defeat in the series against the Toronto Raptors.

Stephen Curry also missed significant time last season as Golden State, who were without Kevin Durant too after he left for the Brooklyn Nets, finished with an NBA-worst 15-50 record.

News of Thompson's injury will be a bitter blow for head coach Steve Kerr as he looks to steer the Warriors back to the postseason, with the new campaign scheduled to begin on December 22.

Thompson has won three NBA championships and averages 19.5 points, 3.5 rebounds and 2.3 assists during his eight-year career, while averages 41.9 percent from three-point range.

‘It feels really great’: Primus thankful to be back with Soca Warriors