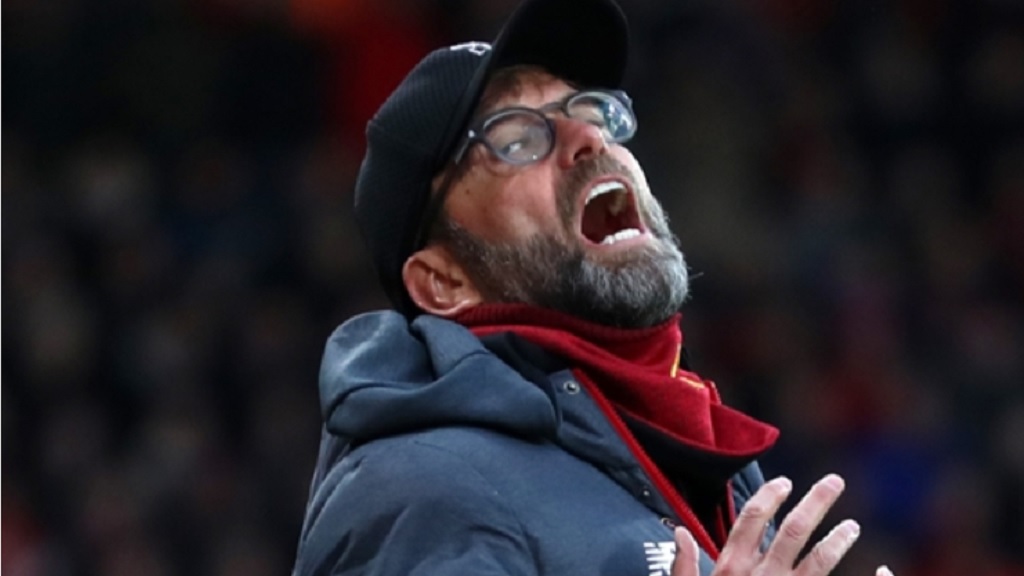 Jurgen Klopp admitted he was overwhelmed at Liverpool's achievement in winning the Premier League after they were confirmed as champions, describing it as an "incredible moment" for all linked to the club.

Manchester City's 2-1 loss to Chelsea on Thursday means the Reds cannot be caught at the top of the table, securing the Merseyside club's first title in 30 years with seven games to spare.

Liverpool have lost just once in the league and despite a delay in the campaign due to the coronavirus pandemic, it was always a matter of when, not if, they would be crowned upon the resumption.

Klopp becomes the first Reds manager to win the league since Kenny Dalglish, though the German was struggling to comprehend the accomplishment during the immediate aftermath.

"I have no words – it's unbelievable, much more than I ever thought would be possible, becoming champions with this club is absolutely incredible," he told Sky Sports after watching the City game with his players and staff.

"It's an incredible moment. My coaching staff, I couldn't be more proud of what they did in the last few years. It's just a really exciting ride since the first day I arrived until today. It's not over yet, that's the good thing.

"They have a few good years in their legs so we will try [to win again]. But tonight we will just enjoy this moment. It's more than I ever dreamed of, to be honest."

The former Borussia Dortmund boss arrived at Anfield in October 2015 and has become immersed in both the club and the city.

He made clear his delight for the supporters having fallen just short last season, though admitted there was also a sense of relief after such a long pause while the country was dealing with the height of the COVID-19 outbreak.

"I didn't wait 30 years, I've been here four and a half. We didn't really have a chance before, last year was the first time," Klopp continued.

"Anyway, it's a relief because of the three-month interruption. Nobody knew how it would go on and then you don't know 100 per cent how you will come back. Every game is difficult in the Premier League. The game last night [against Crystal Palace] gave me the feeling that we will be fine, it was important for the players and the supporters.

"It's for you [supporters] out there. I hope you stay at home, go to the front of your house if you want, but do no more, and celebrate it.

"We do it together in this moment. It's a joy to do it for you."

Klopp also praised his players, adding: "It's a wonderful mix. They are all winners without winning 15 times in the past. It means we have them here and we can start winning together.

"Three years ago we played a really good season and I think we finished fourth. It was clear that we lacked consistency, but you cannot ask for that and the boys deliver, you have to work on that and create that, convince people. That's what we did together.

"Without the players, I can do nothing, but from time to time you have to help them with a few words."

Before departing, an emotional Klopp signed off by saying: "I'm completely overwhelmed, I never would have thought that I would feel like this."