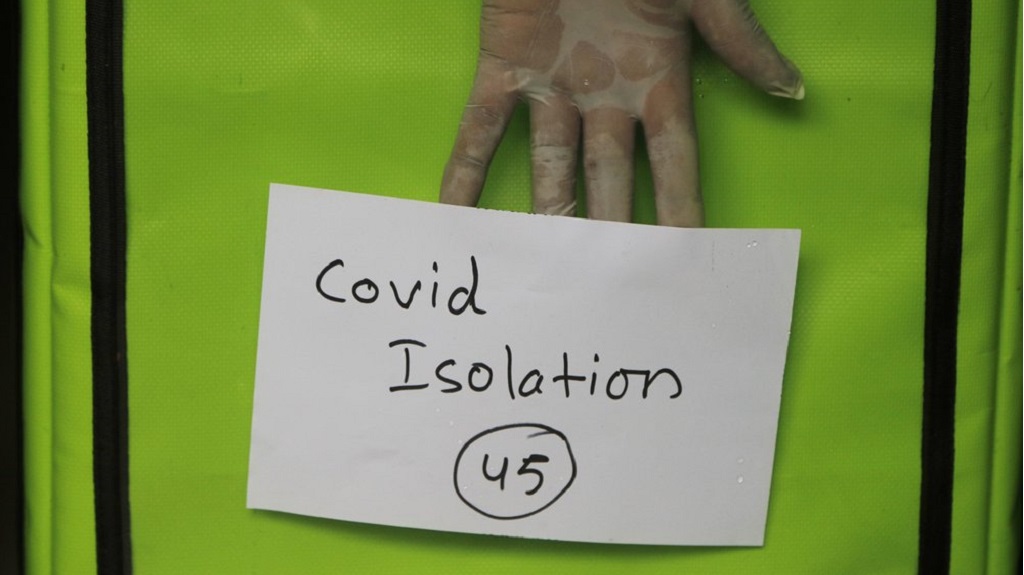 The epidemiologist whose modelling heavily influenced the British government to impose a lockdown in March has warned that fresh restrictions may have to be re-imposed in coming weeks to deal with a rise in new coronavirus cases.

Neil Ferguson from Imperial College London said he was "encouraged" that the government is banning social gatherings of more than six people from Monday, noting that "one of the mistakes" in the early days of the pandemic this year was an overly "cautious" approach.

Still, he told BBC radio that "all the analysis" suggested there would be an "uptick in deaths in the coming weeks, so now is the time to respond."

The U.K. has seen Europe's deadliest virus outbreak, with around 41,600 deaths.

Ferguson added that if the transmission rates don't fall markedly so the epidemic starts shrinking again, then "we may need to clamp down in other areas."

HERE'S WHAT YOU NEED TO KNOW ABOUT THE VIRUS OUTBREAK

— "Deadly stuff": Trump's own words bring focus back to virus

Labor Minister Elisabeth Borne said Thursday on BFM television that the government will continue paying up to 84 per cent of salaries for workers at struggling companies. She said the idea is "so that companies can keep jobs and skills" while they restructure or retrain people.

France's government has already spent tens of billions of euros on this temporary unemployment system since the country's strict lockdown in spring to try to avoid mass joblessness.

Most companies have resumed activity but the economy is still struggling, and the government announced a 100 billion euro ($118 billion) stimulus plan last week.

France's virus infections have been rising again in recent weeks, following summer holidays and then a return to work and school en masse. The Marseille region is a new hotspot, with doctors warning that intensive care units dedicated to COVID-19 patients are filling fast.

PRAGUE — The Czech Republic is returning to mandatory mask wearing in interior spaces amid a steep rise in new coronavirus cases.

Starting Thursday, people across the country need to cover their face in all public places, including stores, shopping malls, post offices and others but also in private companies where employees cannot keep a distance of 2 meters (yards) from one another.

Students will have to have masks in all shared spaces of elementary and high schools.

The daily increase in cases surpassed 1,160 for the second straight day on Wednesday.

The Czech Republic has had 31,036 infected with COVID-19 since the pandemic began with 44 deaths.

According to the Health Ministry, India's number of recorded infections since the pandemic began reached 4,465,863 on Thursday, while total fatalities rose to 75,062 after another 1,172 deaths in the past 24 hours.

The ministry said the surge in new infections is due to ramping of daily testing, with more than 1 million tests now being run each day. India's recovery rate from the illness is now 77.7 per cent.

Experts caution that India's outbreak is entering a more dangerous phase as the virus spreads to smaller towns and villages.

With the economy contracting by a record 23.9 per cent in the April-June quarter leaving millions jobless, the Indian government is continuing with relaxing lockdown restrictions that were imposed in late March.

The Korea Centers for Disease Control and Prevention said Thursday it recorded 155 additional cases over the past 24 hours, taking the national tally of recorded cases to 21,743, with 346 deaths since the pandemic began.

South Korea had seen a spike in new infections since early August, mostly in the greater Seoul area. Authorities in the Seoul region have subsequently ordered the shutdown of churches, nightspots and fitness centers and restricted dining at restaurants.

The elevated social distancing rules in the Seoul area are to expire Sunday, and the government is to announce whether to extend them.

LOS ANGELES — Los Angeles Country health officials have walked back some Halloween rules just a day after issuing orders that would have restricted trick-or-treating and other Halloween traditions because of the coronavirus pandemic.

The county Department of Health initially said Tuesday that trick-or-treating, haunted houses and Halloween parades would be banned because those activities make it difficult to maintain social distancing.