Love in Lockdown: Couple livestreams wedding to friends and family 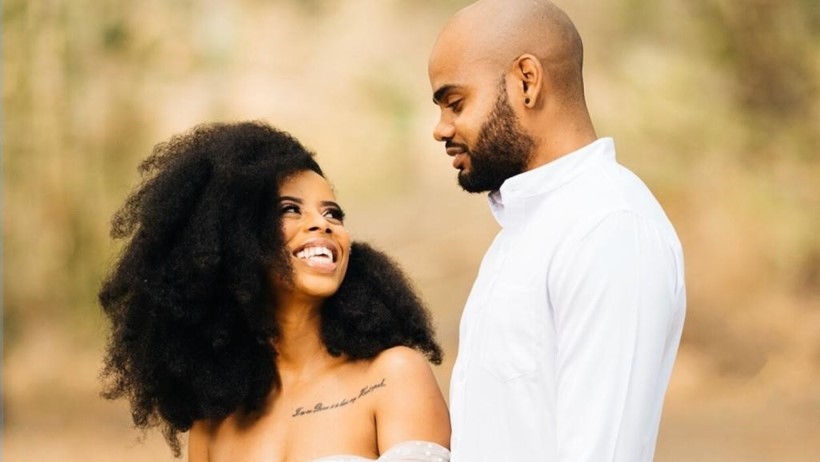 Siann Charles and Arrielle Bowen live-streamed their wedding to friends and family. Photo: Donovan Jordan of Shutter in Motion

Siann Charles and Arrielle Bowen were determined to get married on May 5 this year.

The couple, who were set up through mutual friends and officially started dating on May 5 eight years ago, wanted to mark this year’s anniversary by formalising their union through marriage.

On Tuesday, the couple said ‘I Do’ at the home of Charles’ mother. The ceremony was live-streamed via Zoom and Instagram to their friends and loved ones.

“We weren’t about to wait another year, we wanted to do it this year, we knew we would do it regardless,” Charles told Loop.

Once a pastor was secured, the couple held a simple ceremony in the presence of a handful of witnesses. Charles wore a white wedding dress made by her mother Katian while her beau wore a white shirt and grey plaid pants.

The vows were exchanged against a backdrop of twinkling lights. Charles decorated the house, as she had always planned to do the decorations herself. 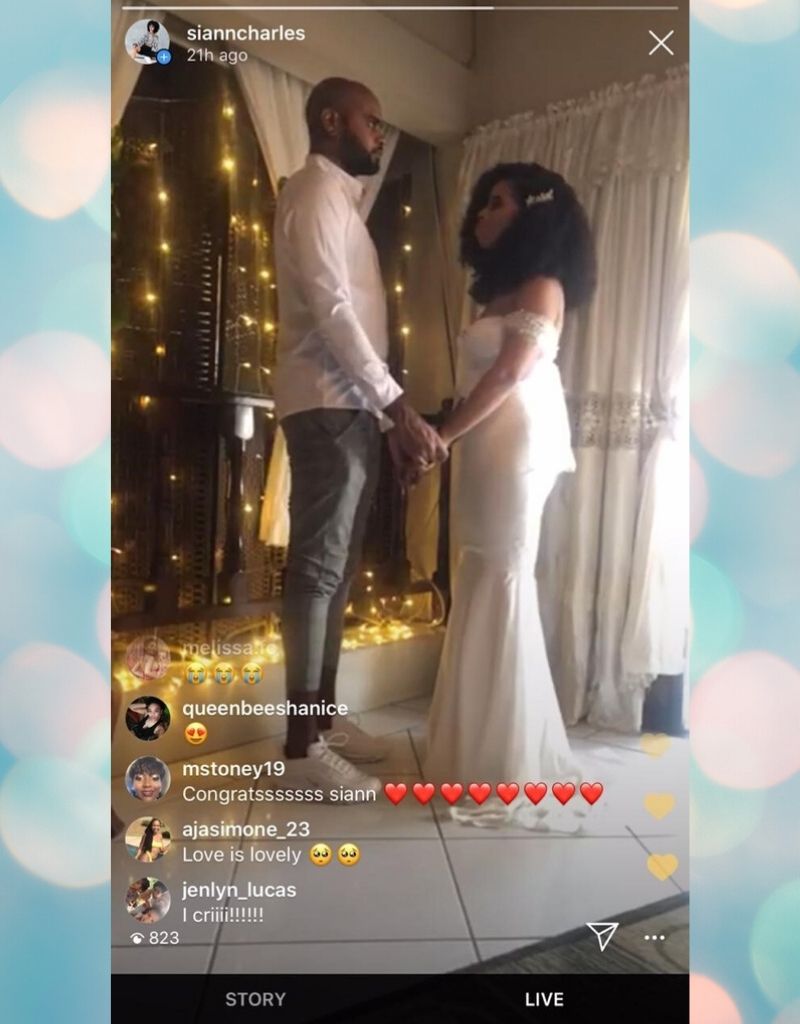 Luckily, she bought the decorations and the material for her dress a mere week before the Government ordered a lockdown to help the curb the spread of the COVID-19 virus.

“If I didn’t go on that day I wouldn’t have anything,” Charles said, marvelling at how things worked out.

Though she missed the presence of their friends, who she described as animated and funny, Charles said it was nice to read all the comments from the IG Live Stream afterward.

She said a reception will be held once it is okay for everyone to congregate again.

The couple will also plan their honeymoon at a later date. Charles said they had not decided on where to go prior to the wedding.

“It feels great,” she said of being married to the love of her life.

The couple has a nine-month-old son and Charles has a daughter from a previous relationship.