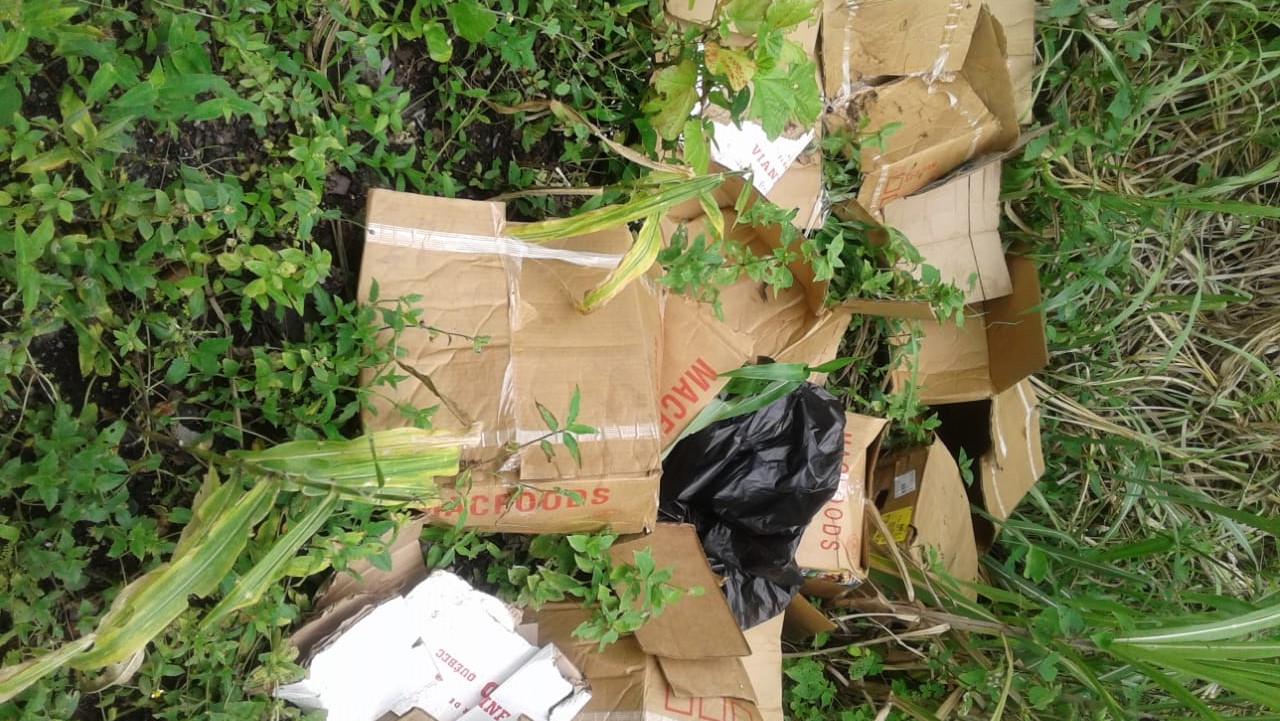 Bandits have once again targeted the Mac Foods Meat Processors Limited in Laventille, this time, making off with quantities of ham, turkey, and chicken, all in time for the Christmas season.

The robbery was reported to the Besson Street police station at 5:00am on Monday.

Workers, upon reaching the facility along the Old St Joseph Road, observed that there was a hole to the Eastern Side of the building.

An air conditioning unit appeared to have been removed.

Upon further examinations, several items were observed to be missing – the value, while still being tabulated, is estimated to be well over $30,000.

A report was made to the police and officers of the Port of Spain Division responded. Crime scene investigators were able to secure some workable prints suspected to belong to the suspects.

On Tuesday morning, a team of officers led by PC Rosado and PC Davis, while on patrol along Cox Lane, Laventille, observed boxes off the side of the roadway with the Mac Foods Logo on them.

As a result, the officers stopped and took a record.

Crime scene investigators were notified and prints were once again secured.

Cpl Seelal and a team of investigators from the Besson Street police station are continuing inquiries.