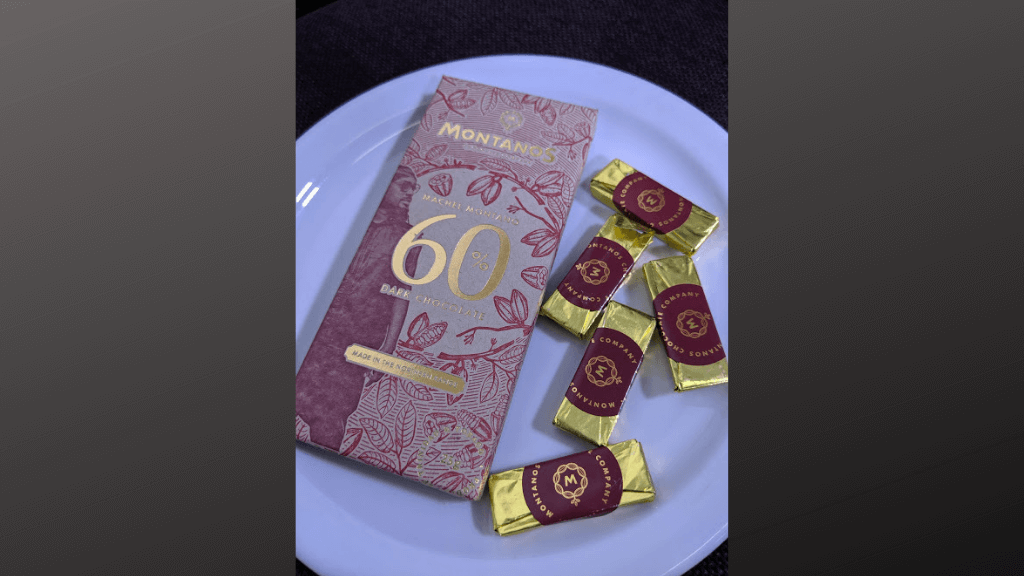 Machel Montano's signature chocolate has been shortlisted for an international design award.

The 60 percent dark, vegan chocolate has been shortlisted in the Packaging: 3D/Graphics category of Design Week's 2020 awards.

Design Week is a British publication dedicated to design work. The awards celebrate excellence in design in umbrella categories such as Communication, Spaces, Landmarks, Digital and Products and Furniture.

The Machel Montano chocolate was designed by Praktis Design studio based in Trinidad and Tobago. The new-look packaging was launched last year.

The designers said on World Brand Design that they were influenced by Montano's meditation and search for spiritual growth, linking the mandala and its concentric rings, mala beads, and the lotus flower with our Carnival ritual and its costumes, in the rings of our native steel pan, and the shapes seen in the cross-section of the cocoa pods themselves.

The box was created from uncoated, recyclable, kraft finish board to convey the sustainable practices that went into the making of the product, from the bar to the package it comes in.  The ink pressed illustrations were done to create a vivid tactile experience that tells the story of our natural surroundings and unique Trinitario bean, the designers explained to the site last month.

Commenting on the shortlist, Elizabeth Montano, a Director of Montano's Chocolate Company Limited who showcased the chocolate in Colombia, Germany and South Korea last year, said she is really proud that local talent has garnered such acclaim.

"I am really proud because the design was done by a local company made up of young people, Praktis Design. The final design was based on a process that involved Machel's interests and also aspects of our culture," she told Loop.

The Design Week Award results will be announced on Monday, June 29 and the Winners Showcase will be revealed over social media and online.