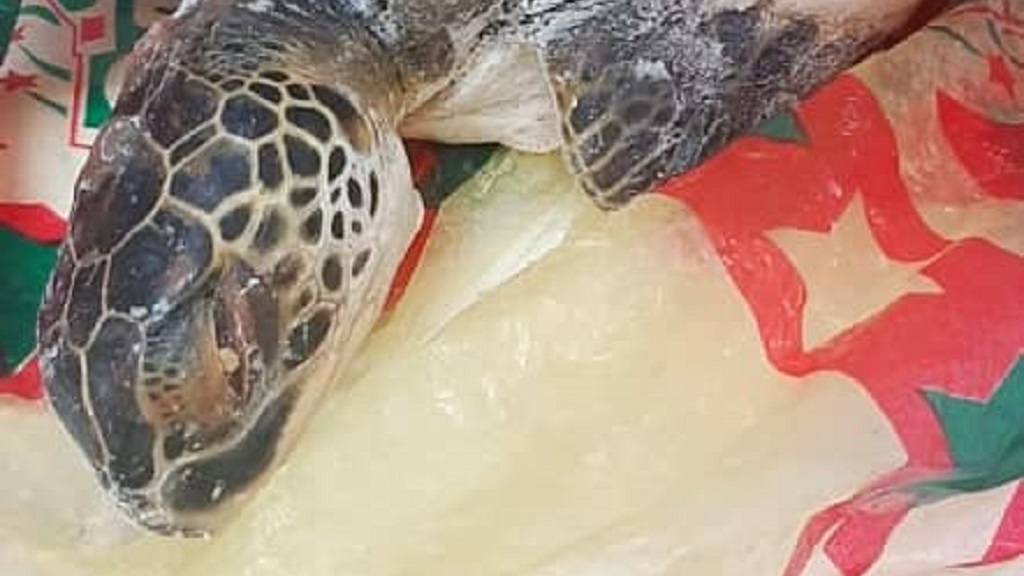 A man who was caught with an endangered Hawksbill turtle and an agouti was sentenced to two years imprisonment and fined.

Clarence Rambharat, the People's National Movement's candidate for Chaguanas East, said in a social media update Saturday that the man would be fined and serve jail time:

'Thanks to law enforcement officers in Mayaro who charged a man yesterday for possession of this Hawksbill turtle which is an Environmentally Sensitive Species and an agouti which is a protected animal.'

Rambharat said the man was sentenced to 18 months imprisonment for possession of the Hawksbill and three months for the agouti and is also required to pay fines.

It is illegal to hunt or have wild meat in one's possession outside of the hunting season.

Hawksbill turtles are critically endangered - Hawksbill, Leatherback, Green, Olive Ridley and Loggerhead turtles are all protected by law in Trinidad and Tobago.

Recently, a Green Winged Macaw which was photographed in the wild by local photography enthusiast Sham Sahadeo was killed after being shot by a poacher with a pellet gun.

Sahadeo has called for more regulation over the sale and use of pellet guns, which he said are used by poachers to catch animals for meat and the illegal pet trade.

Man gunned down in Morvant bar

PAHO: Too many still institutionalised in Latin America, Caribbean