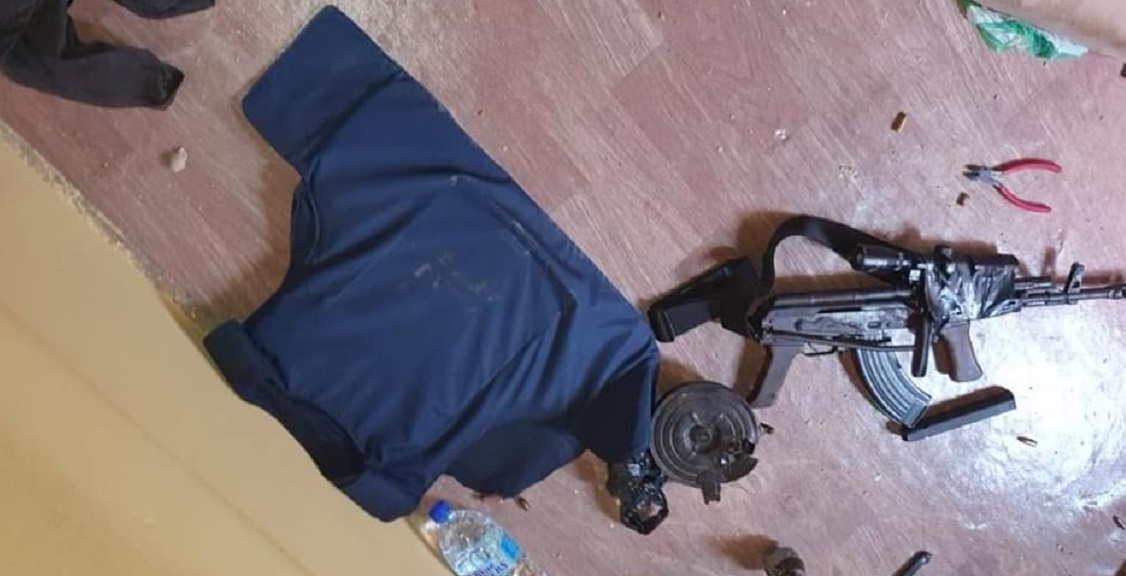 Photo: Police said an assault rifle, fitted with a scope and spin barrel, was found and seized at the scene. Photo via police sources.

One man was killed during a confrontation with officers on Thursday morning in Morvant.

Officers were at the scene up to 8.00 am on Thursday, according to police sources.

According to initial information, a joint operation of officers from the North Eastern Division, as well as the Special Operations Response Team (SORT), received intelligence which led them to a home along Redwood  Street, Morvant, around 6.30 am.

The officers told police that they went with the intent of executing a search warrant for arms and ammunition.

However, they were allegedly greeted with gunfire upon arriving at the scene. The officers took cover and returned fire.

Upon entering the home a short time after, Mayers was found bleeding from multiple injuries. He later succumbed to his wounds.

Police said an assault rifle, fitted with a scope and spin barrel, were found and seized at the scene.

Mayers, Loop News was told, was known to investigators having been linked to several shootings, and was even a suspect in recent homicides.