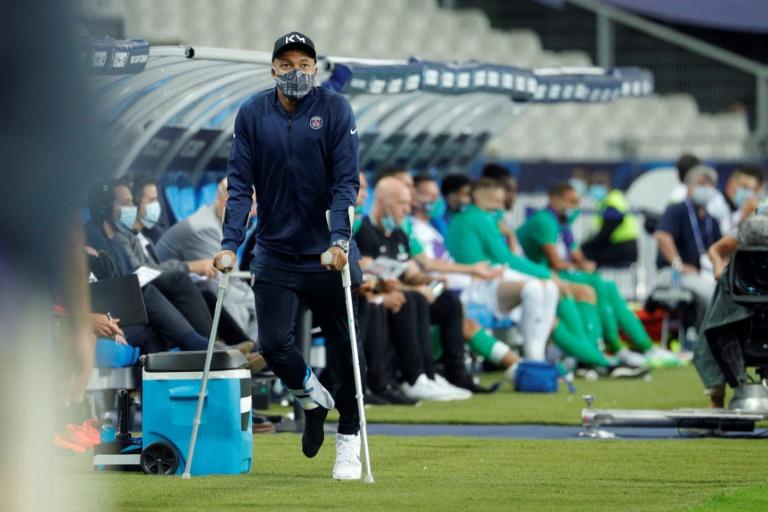 Kylian Mbappe requires "a miracle" to have a chance of playing in Paris Saint-Germain's (PSG) Champions League quarter-final against Atalanta, according to boss Thomas Tuchel.

The France international sprained his ankle in last week's Coupe de France final victory over Saint-Etienne and scans on Monday revealed he will miss around three weeks.

PSG face Atalanta in a one-legged tie in Lisbon on August 12 and Tuchel, while not completely ruling Mbappe out, concedes it is almost certain he will be without the striker.

"We still have hope and every day counts to achieve a miracle," Tuchel said at a news conference ahead of PSG's Coupe de la Ligue final with Lyon on Friday.

"But tomorrow we will be without him and his absence will have an influence on us. I hope that a solution can be found."

Thilo Kehrer and Colin Dagba are expected to miss out against Lyon, while Juan Bernat remains doubtful, but Marco Verratti will be hopeful of earning a recall to the side.

Tuchel left Verratti on the bench for 75 minutes last week, instead preferring Leandro Paredes alongside Idrissa Gueye, and has hinted he may again elect for a 4-4-2 on Friday

"It was a super complicated decision to leave Marco on the bench, but I felt I deserved to let Idrissa and Paredes play together after the Borussia Dortmund result," he said.

"If we do keep our 4-4-2, we can do that with Eric Maxim Choupo-Moting, Angel Di Maria or Pablo Sarabia.

"We can make the decision tomorrow. I want to wait until after the final training session."

PSG have won the Coupe de la Ligue a record eight times, including five seasons in a row before last year, and are strong favourites to overcome Ligue 1 rivals Lyon.

But Tuchel says it would be wrong to write off Friday's opponents, who lead Juventus 1-0 in their Champions League last-16 tie, and look ahead to the clash with Atalanta.

"Tomorrow will be a huge challenge against a Champions League-level opponent," he said.

"We won a complicated match against Saint-Etienne and this is now another step up against a side on course to eliminate Juventus.

"We cannot prepare to face Atalanta yet. I don't know another team that plays like them. All we can do is work on our state of mind and how our hunger to win matches.

"That will prepare us well if we get a positive result against Lyon."

Mbappe to stay at PSG next season 'no matter what'