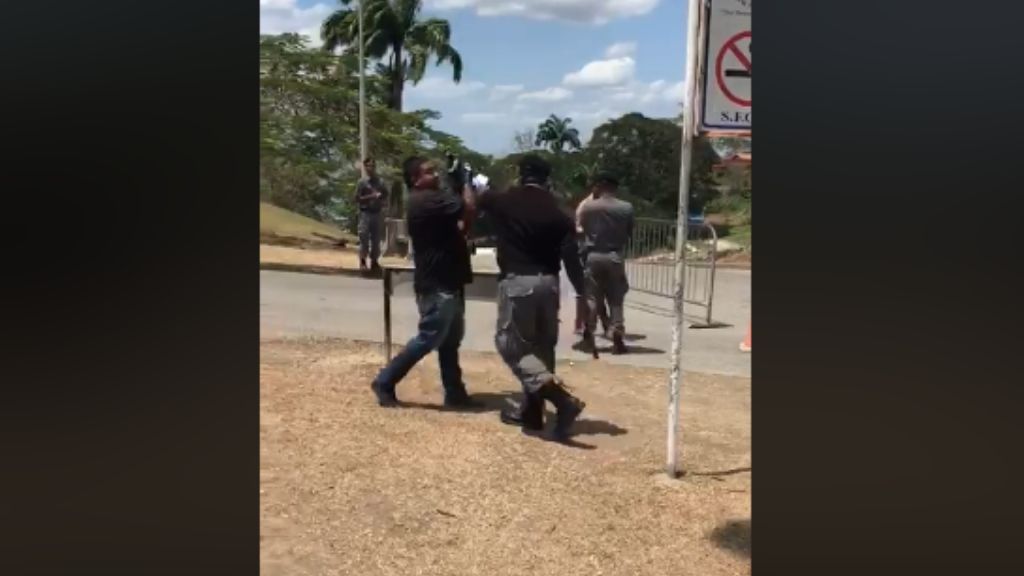 A video of the incident uploaded to social media by an onlooker appears to show two contracted security guards at the compound assaulting the media workers in the course of their duties.

Even after media personnel confirmed that permission was granted by the Authority’s Communications Manager, Kevon Gervais for them to be on the compound, the security guards proceeded to grab at the cameras and pushed the camera operators out of the way.

It's unclear at this time whether the media personnel's equipment was damaged during the scuffle.

A report has since been made at the San Fernando Police Station.

He assured that the SWRHA is taking the matter “very seriously”.

Armour, who said that he was aware that a police report had been made in relation to the incident, indicated that the Authority will comply with the police.

He said once the SWRHA has all the facts, the appropriate and necessary course of action will follow.

In a statement issued on Wednesday afternoon, the SWRHA said it has been in contact with the external provider.

The Authority expressed regret over the incident.

“Additionally, the SWRHA expresses regret that such unfortunate incident occurred and wishes to restate our commitment to respect for the freedom of the press. SWRHA underscores the importance of and thanks the media for their continued support and cooperation as we seek to respond to the global pandemic.”