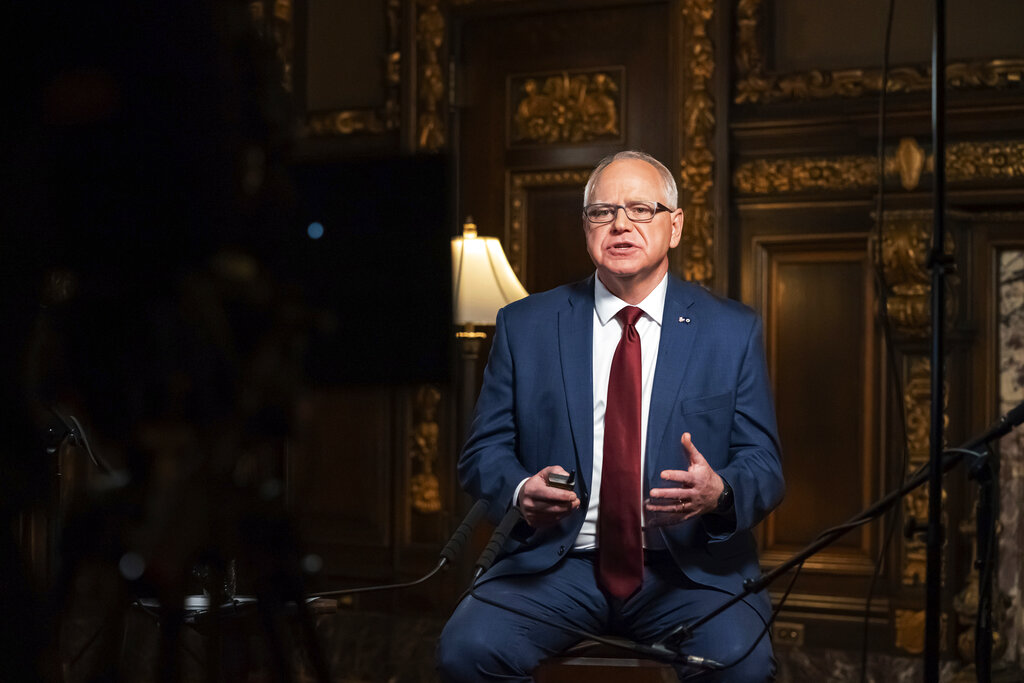 Minnesota Gov Tim Walz speaks from the Governor's Reception room at the State Capitol, to discuss the latest steps in his response to COVID-19, Wednesday, Nov 18, 2020, in St Paul, Minn (Glen Stubbe/Star Tribune via AP, Pool)

Coronavirus infections are ravaging South Dakota, where more than half of tests have come back positive for weeks.

Some governors who for months echoed President Donald Trump's criticism of measures to control the coronavirus are now relenting, including North Dakota Gov Doug Burgum, who recently ordered the use of masks statewide.

Republican and Democratic governors from several Midwestern states issued a joint video urging people to say home for Thanksgiving and wear masks to slow the spread of the virus until a vaccine is widely available.

Hospitals in many states are running out of beds and are short on nurses, including in the states where governors are reluctant to act.

"We know what will happen. We know that three to four weeks from Thanksgiving, we will see an exacerbation of the outbreaks," said Dr. Georges Benjamin, executive director of the American Public Health Association.

CDC scientists believe about 40% of infected people don't have obvious symptoms but can still spread the virus.

Biden faces tough choice of whether to back virus lockdowns