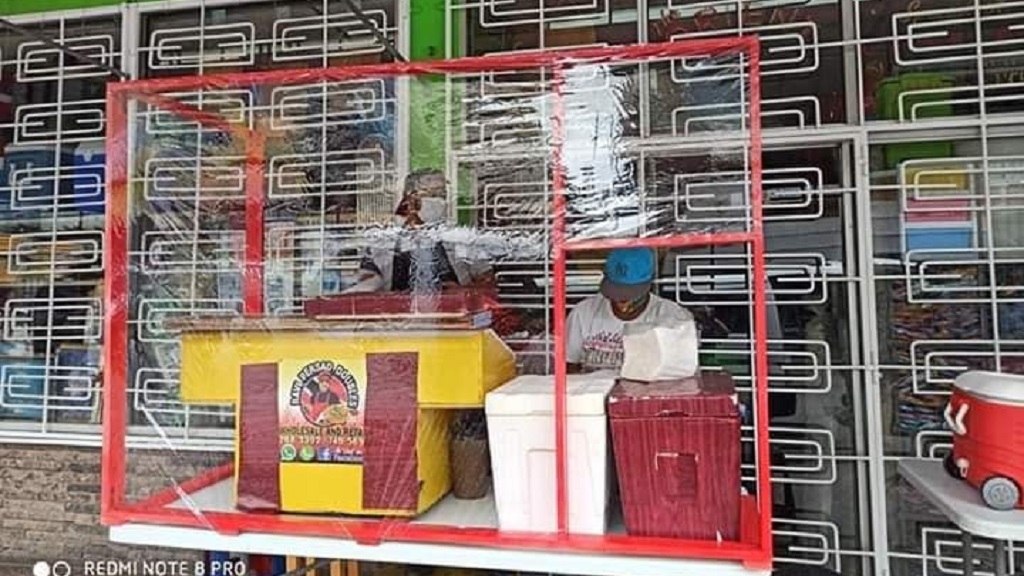 Health Minister Terrence Deyalsingh commended street vendors, supermarkets and other businesses who were seen adhering to COVID-19 regulations with special safety measures to prevent any spread of the virus.

Street vendors, restaurants and other food businesses were allowed to resume curbside pickup and take-away services from May 11, ad the government entered phase one of the relaxation of the current COVID-19 regulations.

Speaking at a media briefing on Thursday, Deyalsingh said he observed several street vendors in various parts of Trinidad and checked to see whether the proper safety measures were being enforced.

He said he was happy to see that many doubles vendors had put extra safety measures in places.

“I am paying particular attention to doubles vendors. I drove past about five doubles vendors, one in Curepe junction, one in the gas station in El Socorro, one outside my office on Park Street, one on Edward Street, and I must say those five I visited so far seem to be well prepared, have adopted the measures, and I really want to congratulate them.”

“They are leading by example.”

Deyalsingh said all businesses will need to adapt to the ‘new normal’ including wearing of masks, ensuring six feet distance.

He also said although non-essential businesses were eager to resume, the government is taking a cautious approach as re-opening too quickly might mean a resurgence in cases.

He added that daily sanitisation of spaces, wearing of face masks and maintaining six feet distance is critical to keeping the country's case level low.

“Sanitisation has to be part of everyday normal business practice. We have to adopt these measures as part of a routine. Staying home if you are ill will be crucial. It just takes one person going into the public…and you infect 20 persons,” he said.

Deyalsingh said if everyone adheres to the measures perhaps other businesses might be opened up a bit sooner.

“We can beat this thing, we can hopefully open a bit sooner if we work together and adopt these simple public health measures.”

“Let the doubles vendors be the example that I have seen, and I want to congratulate them. If we do that, we will get through this together, and we can try and open up more and more, hopefully in a more compressed period of time.”

Doubles vendors made headlines last month after they were forced to close due to COVID-19 regulations. Following this, several supermarkets and service stations began selling doubles packaged to go.

Under the current regulations, customers must not eat doubles on the spot but take their doubles to go. Customers must maintain at least six feet distance from others and wear face masks at all times.

Deyalsingh said due to the relaxation of measures, he was expecting to see an increase in the number of reports of flu-like symptoms by this weekend.

He said the next phases of re-opening depend on whether the country records any more confirmed positive cases of the virus within the next few weeks.