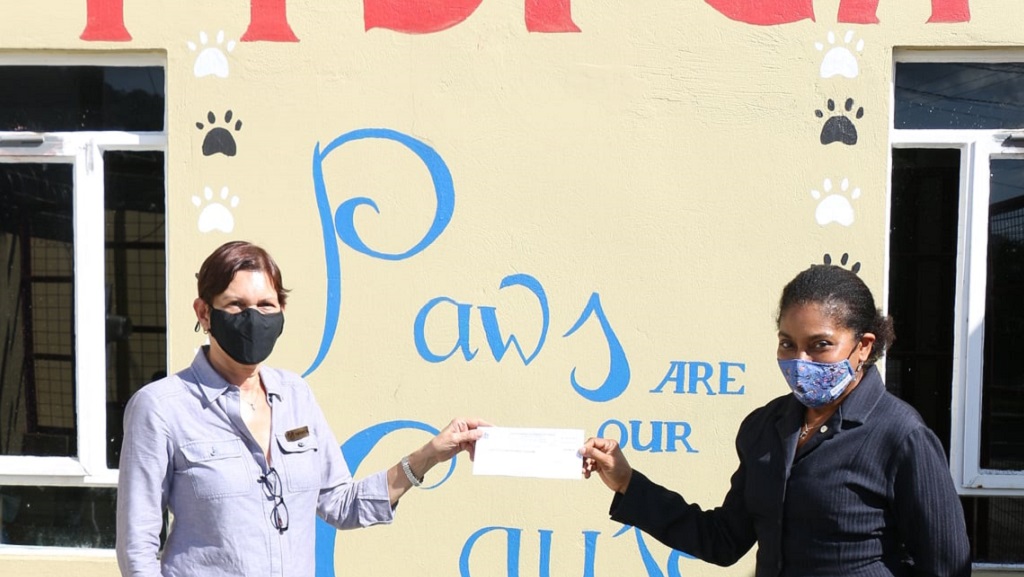 The Trinidad and Tobago Society for the Prevention of Cruelty to Animals (TTSPCA) has received a $250,000 subvention from the Ministry of Agriculture, Land and Fisheries, which will help with the organisation's work in caring for animals in need.

The Ministry said on September 22 that a brief handover ceremony took place the day before at the TTSPCA's office in Port of Spain.

The Ministry said the cheque represented a Government subvention for a period of two years and is geared towards assisting the organization in providing welfare services for some 4,000 relinquished, abandoned or otherwise maltreated animals.

The Ministry said as a non-governmental organisation, the TTSPCA is financed primarily through corporate and private donations and has never been in receipt of any such support from the State.

Kuruvilla said the Society provides a host of services such as subsidised neutering programmes for cats and dogs, the investigation and resolution of reports of cruelty to animals, an adoption programme for both cats and dogs at its shelters, boarding facilities for the public as well as the rescue of injured cats and dogs.

She said: "Our aim is to get the animals in, assess them, have them vaccinated and spayed /neutered, prior to sending them out. This is at a cost of approximately $2,000 per animal and the public doesn't pay anything close to that for an adoption which is inclusive of a collar and identification tag."

The subvention, she said will assist the TTSPCA in its ongoing efforts and thanked MALF for its contribution.

Shurland expressed great pleasure in the Ministry's role in offering the grant to the Non- Government Organization (NGO), revealing that she too, had adopted a dog from the TTSPCA at a "nominal cost", and was very mindful of the expenses incurred by the Society in its daily operations.

Man fined over $70,000 for having protected animals