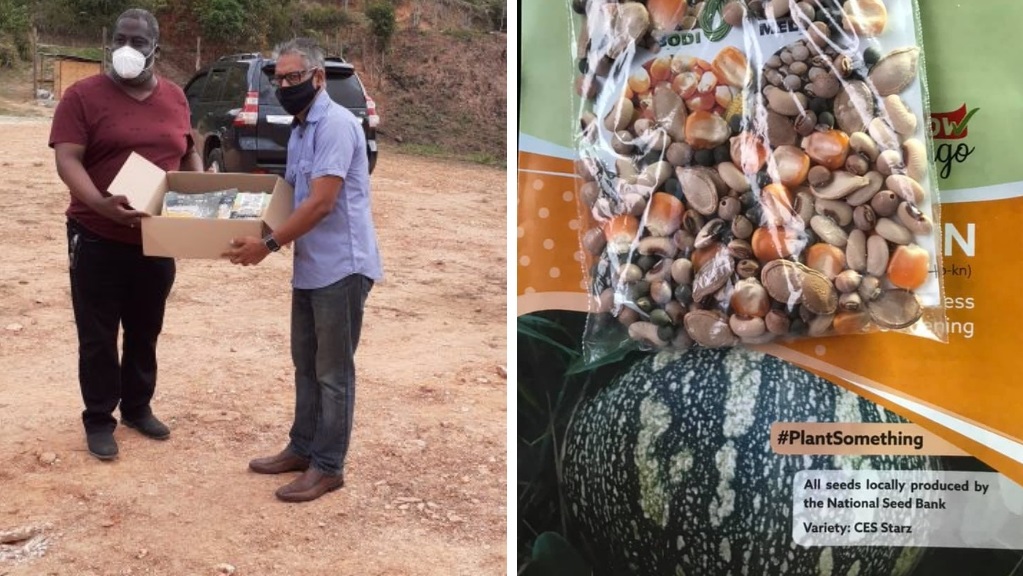 Government has launched its national seed initiative which aims to distribute seed packets to households across the country to encourage food sustainability.

In a statement, the Ministry of Agriculture, Land and Fisheries Clarence Rambharat launched the Grow Trinbago Seed Initiative at the First People Heritage Site off Blanchisseuse Road, Arima on Saturday.

"The initiative objectives will be to encourage households get more involved into home gardening and “Plant Something”. Over 50, 000 seeds are expected to be distributed over the next couple of weeks to the national community via their respective Member of Parliament (MP) and Local Government Councillor."

Rambharat said the reason for selecting the proposed site of First People Heritage Village for the launch of this programme, was due to the fact that they were the first farmers in the country, and that the group has maintained the tradition of farming during their existence.

He added, that the First People were also the first Agro-Processors in this part of the world, having taken their primary produce and made value added produce for production.

"If ever there was model for farming, they are an excellent example," the Minister said.

Garcia said he was very appreciative of the efforts of the Agriculture Ministry on this initiative and gave his assurance that the seeds will be put to great use for the benefit of the country by the various communities.

Meanwhile, Morris-Julien praised the initiative and thanked the Minister of Agriculture for selecting Arima as the first point for the national distribution, which is significant, based on the constituency’s history.

She said the Arima Borough Corporation has already initiated a programme with persons who are interested in home gardening.

The Corporation has assisted these individuals with the supply of dirt, manure and also with planting containers for those who don’t have enough yard space.

She added that with the inclusion of the seeds, distribution will start soon, but persons are invited to register first with their Local Government Councillor.

She said technical assistance will be provided for interested persons and that the Corporation will also be implementing a check and balance system to ensure the programme’s long-term viability.

Speaking on behalf of the First People, their Chief, Ricardo Bharath Hernandez said May 9 marks 30 years to the day, that the Santa Rosa First People community was recognized by the Government as the representative voice of all first people in the country.

He said he is very grateful for the launch of this programme, since agriculture has always been part of their culture, and it will continue to be an integral part of the Heritage Village and other areas occupied by the First People for generations to come.

At Saturday's event over 1000 packets of seeds were distributed from the MALFs National Seed Bank in Chaguaramas, they included, pigeon pea, melongene, bodi, corn, pumpkin and ochro.

Along with the seeds, there were instructional, nutritional and cooking information for the ‘soon to be’ home gardeners.

At the conclusion of the formal ceremony, Minister Rambharat planted some of the seeds with the First People at the Heritage Village site.

Ministry to give seeds to 50,000 households for home crops