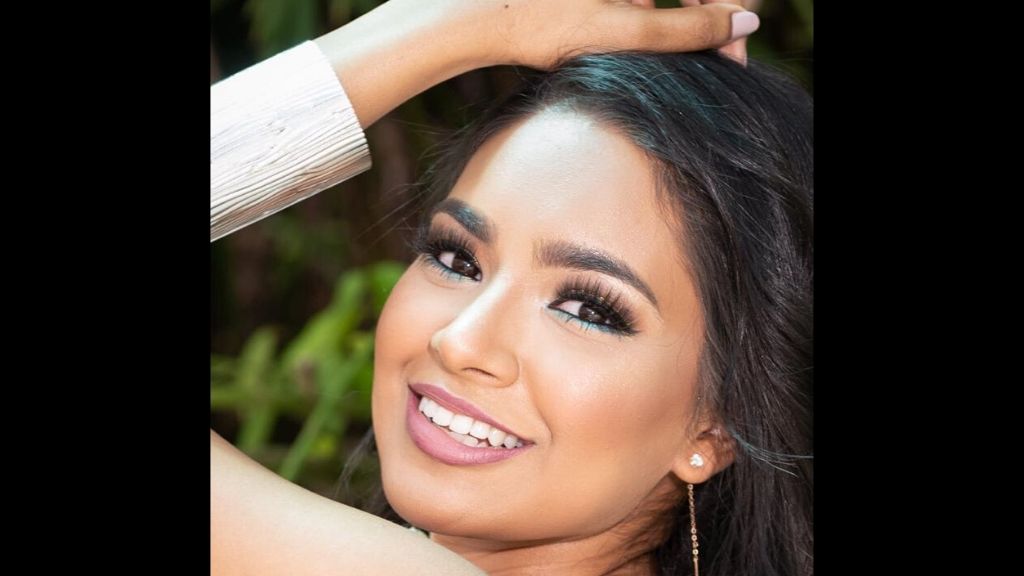 Pictured: Miss Marabella, Manisha Moonilal, a Miss World T&T 2020 finalist has been accused of making racist comments in a Twitter post. The organisation has said the post was fake.

The Miss World Trinidad and Tobago Organisation has denied the authenticity of a social media post purportedly made by one of its 2020 finalists.

Miss World T&T’s policy in such matters is the immediate termination of a candidate’s contract for any behaviour “not in keeping with a Miss World TT candidate”.

The organisation said it investigated the alleged comments and found that the post was fake and the comments were not made by the 22-year-old graduate of the University of the West Indies.

Miss World T&T said the photos of the screenshots which have been circulating appear to have been photoshopped to make it seem as if the “horrendous and appalling” comments were made by the candidate.

It condemned what it described as “cyber bullying” against her, and made it clear that any form of bullying against any of its candidates would not be tolerated.

Moonilal is one of 15 finalists vying to represent T&T at the Miss World 2020 pageant.

The comments are horrendous and appalling and we take these matters very seriously. If any candidate behaves in a manner not in keeping with a miss World TT candidate, their contract would be immediately terminated.

After investigating the matter, we wish to inform the public that these comments were NOT made by our candidate.

The photos of the screenshots which have been circulating appear to have been photoshopped to make it seem as if these comments were made by the candidate.

This is a form of cyber bullying against her.

The Miss World TT Org does not condone bullying in any form or fashion against any of our candidates.