Moonilal questions: Why bars and not groceries? 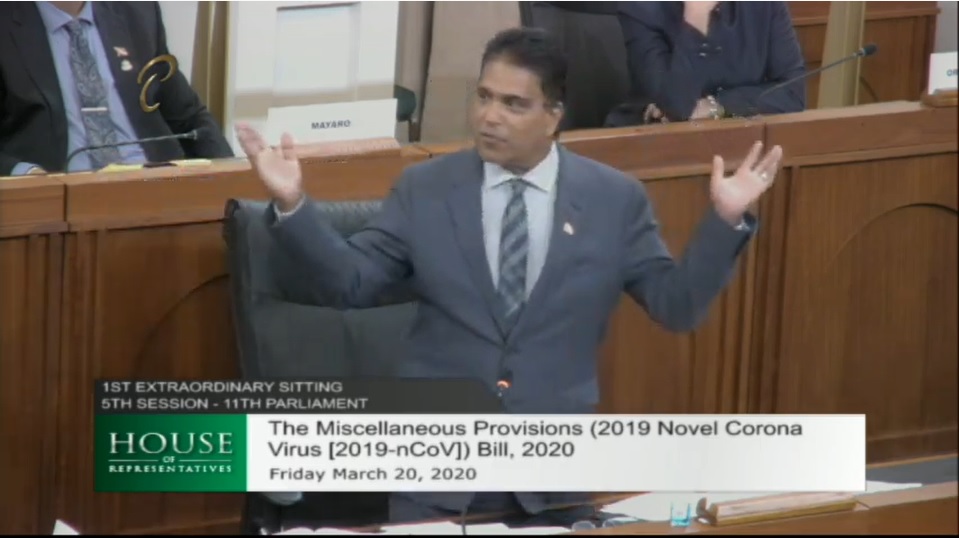 Member of Parliament for Oropouche East, Dr Roodal Moonilal is raising questions on the government’s decision to implement a mandatory closure for bars.

He mused on the legality attached to bars being required to close while larger grocery stores were allowed to continue selling alcohol.

“Why do supermarkets still sell alcohol? Why? When you could go outside in the car park, open your trunk and say ‘Ok, we just having a few drinks.’”

“The Liquor License Act speaks of a spirit retailer and spirit grocer license; it makes no mention of a bar. It is not defined; one gets a spirit retailers license to use on certain premises,” he said.

His statements came in an extraordinary parliament sitting to discuss the Miscellaneous Provisions (2019 Novel Coronavirus [2019-nCoV]) Bill, 2020. One of the Bill’s propositions is that bars remain closed until April 20; a one-month period.

Last night, a legal notice outlining that bars were to remain closed until July 31 began circulating. A second notice, which changed that four-month period to the one-month period was later published with a signature.

Dr Moonilal claimed that he’d received calls from small business owners who lamented the closure. One owner of "10 or 15" bars told the MP that he was forced to revisit his staff of 40 people. As a result, Moonilal says the government should have considered allowing bars to operate in a different way.

“Could we not have considered given the economic fallout, the employment fallout, the income fallout, that bars could have been opened so that they can sell beverages or whatever they sell and people collect it and leave, they go home,” he said.

He reiterated that the point was to limit congregations and not to limit business.

Bars, clubs, restaurants to reopen in one month