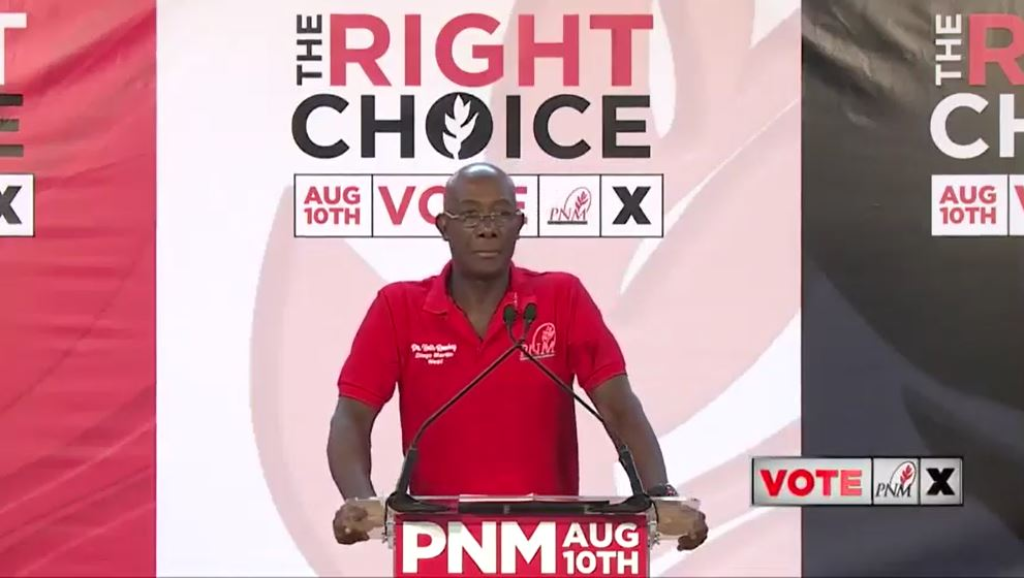 The Union took the Prime Minister to task for making the statements on a political platform, which it viewed as an attempt to attract sympathy from the public.

The Prime Minister, during the People’s National Movement’s campaign launch over the weekend said all government workers should be thankful they had a job given the COVID-19 restrictions, and added that they would get what is due to them when the circumstances were “right”.

NATUC said this approach was a failure to address the “justifiable and legitimate expectations of Government employees” for their long overdue increases to many of those classified as frontline workers.

“The fact that the Prime Minister chose not to address the genuine concerns of NATUC regarding the non-payment of wages and salaries, is in the view of NATUC, yet another blatant attempt to turn the public against Government employees.”

Also taking note of the Prime Minister’s statements on not taking the country to the IMF, the Union accused the government of deliberately setting out to “destabilise and undermine the trade union movement and by extension the working class”.

NATUC said wage freezes and policies that benefit the “business elite and financiers” are the strategies being used against T&T’s working class.

The Union appealed to the Prime Minister to intervene as it said Government workers cannot live on 2007 and 2012 salaries.

“The dock workers at the Port Authority of Trinidad and Tobago demand the implementation of their 2014-2017 wage increases that was legitimately negotiated with the Board and Management of the PATT and the SWWTU.”

NATUC said it will continue to struggle for the settlement and resolution of all outstanding collective agreements and outstanding wages owed to Government employees.

“We see this struggle as just and a struggle for dignity and the fundamental human rights to be paid proper wages,” the Union said.

NATUC called on Government to immediately settle all outstanding collective agreements for the over 89,000 Government employees, further, to implement the wages and salaries of workers where their agreements have been settled.