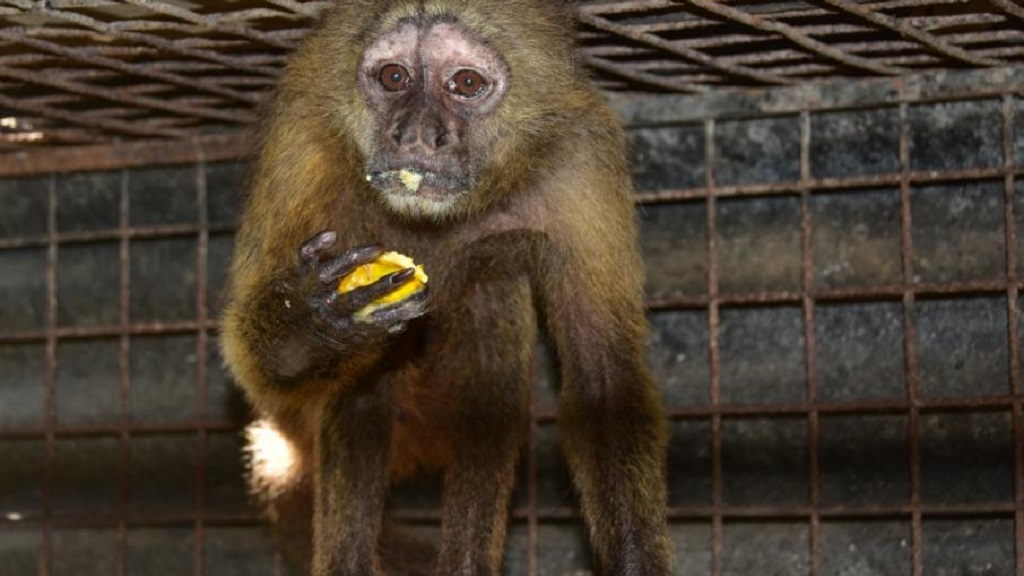 Conservation NGO the El Socorro Centre for Wildlife Conservation says the illicit wildlife trade has become a serious issue which must be dealt with urgently.

Director and founder Ricardo Meade said in a statement that the problem is exacerbated by the country's porous borders.

'Illicit trade in wildlife is a serious threat to local ecosystems and the survival of endangered and vulnerable species. The World Wildlife Fund (WWF) reports that during the past 40 years there has been a 58 percent decline in vertebrate population and an 81 percent decline in populations living in freshwater systems.'

'The wildlife trafficking problem is a major issue in Trinidad and Tobago and is considered one of the most lucrative forms of illicit international trade. The illegal wildlife trade is typically transcontinental, and, as highlighted by the United Nations Office on Drugs and Crime (UNODC), “virtually every country in the world plays a role” as a source, transit, or destination of illicitly traded wildlife.'

Meade said one of the most widely traded animals is the monkey which is not native to Trinidad and Tobago and is smuggled into the country from Guyana or Venezuela.

He noted, “Hunters will kill the mother and snatch the baby monkey, and that baby is looking into your face, the person who receives the monkey as a pet, and is literally seeing the blood of its mother pouring from your eyes because you are human just like the person who killed its mother.”

He said this is the major reason why monkeys begin to display aggressive behaviour as it reacts to this traumatic experience. Monkeys, he said, do not make good pets because they carry a lot of diseases, and, as they have largest canine per body size of any animal, it could be detrimental if it becomes aggressive and attack its owner or those who interact with it on a daily basis.

He cautioned persons about letting monkeys roam free in areas like Chaguaramas as they could possibly carry diseases like tuberculosis and malaria, “We have had enough of this literal monkey business. We have no more space or place or physical or financial capabilities to deal with abandoned monkeys at the Centre. Many of them have already been released into this county’s depleted sensitive ecosystem and now there is a massive problem.”

Birds also form a big part of the illegal wildlife trade, and according to Mr. Meade, the authorities have turned a blind eye which could lead to a decimation of the bird population (including poultry) especially if a viral infection occurs.

He also raised the alarm on the livelihood of the blue and gold macaw which was once native to this country but was no longer found because of overhunting, “Under a reintroduction project, 19 blue and gold macaws were brought in from Guyana, and some of those which were purchased illegally from Venezuela, Guyana or Colombia escaped and  joined the 19 pairs, and this is how we now have blue and old macaws once again. It took quite an effort to reintroduce the bird and we are fortunate it existed somewhere else. Imagine if this did not happen, we would have lost this bird entirely, which happened with ocelots in Tobago.”

He strongly criticized the lackadaisical approach from the protective arms who do not enforce the laws and called on the Ministry of National Security to focus on the illegal wildlife trade before an animal or bird is smuggled into the country with a contagious disease and there is contamination.

'There are incidents where a whole herd of cattle arrived in this country, and not on a pirogue but a barge – a massive floating structure that left Venezuela and arrived here undetected. We have extremely porous borders, and the Police and Coast Guard are not focusing on this problem.'

Meade believes in order to prevent instances of illegal wildlife trade, education from the infant level is needed to drastically change entrenched bad behaviour and terrible cultural norms. In order to do so, he suggested using marketing techniques to involve young people and a call to action.

The TTMA said: 'The effects of illicit trade are numerous, including a loss of revenue to the Government, the provision of sub-standard goods, and the erosion of legitimate businesses (the latter effect affecting the jobs of many persons). TTMA recognises the adversities associated with illicit trade, and supports initiatives geared towards eradicating these activities in Trinidad and Tobago.'