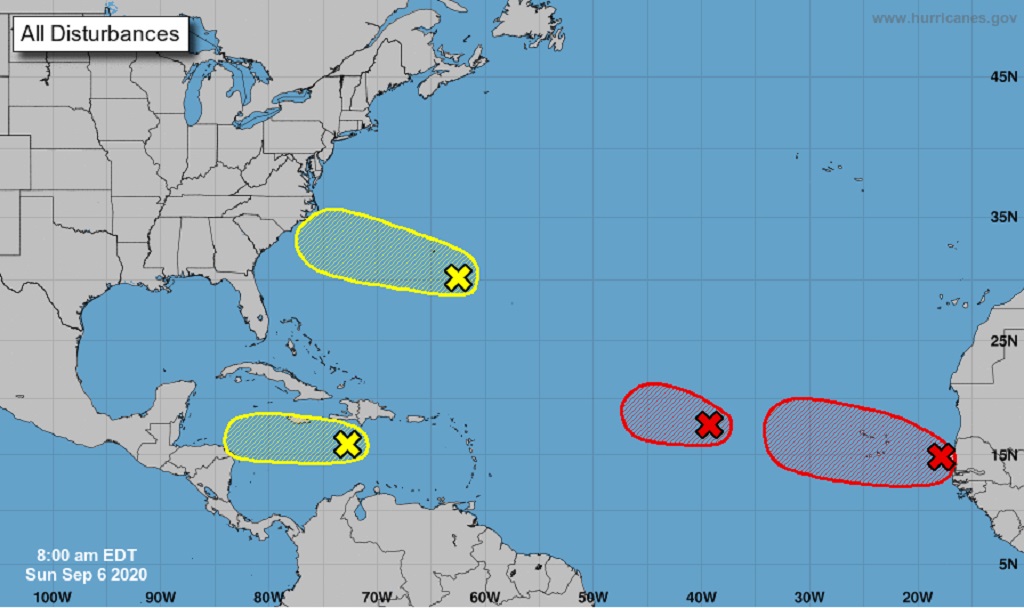 The US National Hurricane Centre (NHC) is now monitoring four tropical disturbances in the Atlantic Ocean.

The first is an area of low pressure located about midway between the west coast of Africa and the Leeward Islands.

Gradual development of this system is expected and a tropical depression is likely to form in the next day or so while it moves westward across the central tropical Atlantic.

The second disturbance shows signs of organisation in association with a tropical wave located just off the coast of western Africa.

A tropical depression is likely to form by the middle of the week while it moves westward over the far eastern tropical Atlantic.

The NHC says the third disturbance is a tropical wave located over the central Caribbean Sea.

Development, if any, of this system should be slow to occur over the next day or two while it moves westward across the central and western Caribbean Sea.

And the fourth disturbance is a trough of low pressure located a couple hundred miles southeast of Bermuda.

The NHC says environmental conditions are only marginally conducive for development during the next several days while this system moves west-northwestward.

Preparing for the hurricane season during COVID-19

Five most destructive hurricanes of the last decade