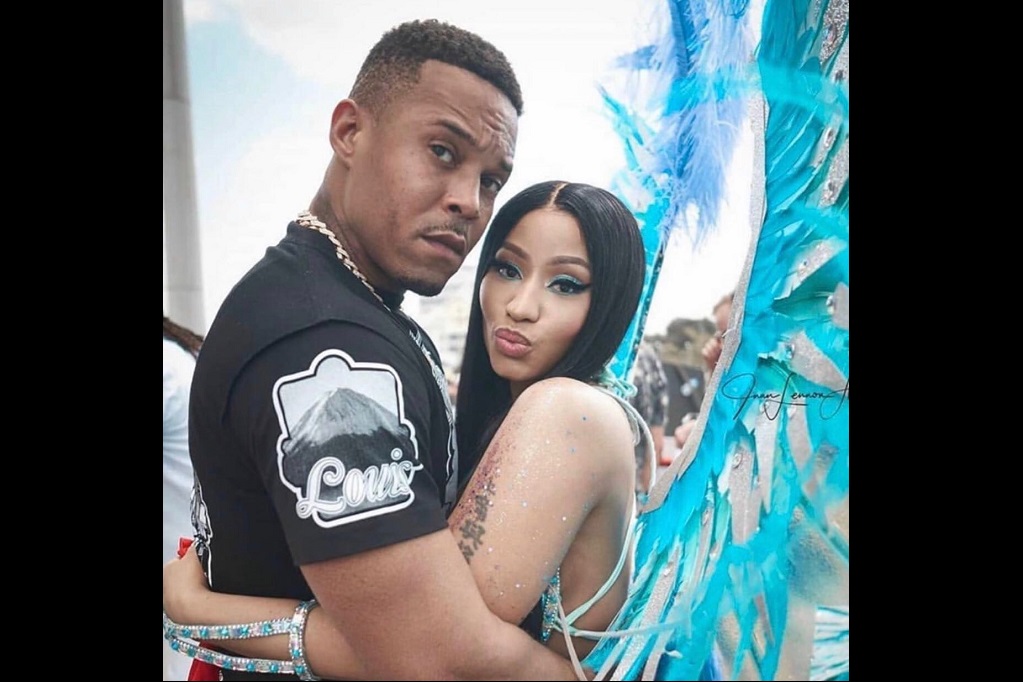 The jokes aren't over as Trinidad born rapper Nicki Minaj remains in the country after partaking in Carnival festivities this week.

Minaj has dominated social media conversation after her husband, Kenneth Petty, pushed away the hand of Soca star Neil 'Iwer' George while he was performing on a music truck on Carnival Tuesday.

She even reposted one of the memes. 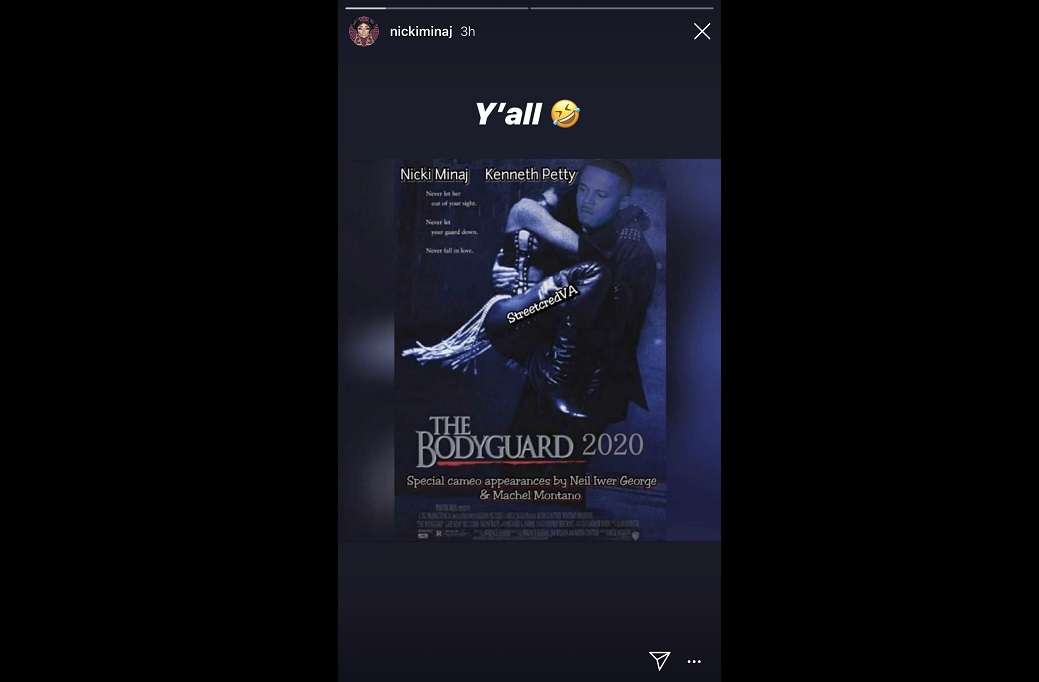 Two days later, Minaj posted an image with her husband while she was decked in full costume.

She captioned the photo poking fun at the comments she's seen.

Minaj said rappers would die for the attention and explained that Petty was not on social media. She also exclaimed "And ah like it like thisssssss," a reference to Kees and Patrice Robert's 2018 hit record "Like it Like This".

Angry locals once again flooded Minaj's comment section to criticise her partner for his petty behaviour.

However, others rushed to his defence with one user noting that he behaved like a protective Trinidadian.

Joking, Minaj said she would leave him on a separate truck at her next Carnival experience.

See a screenshot of the comments below: 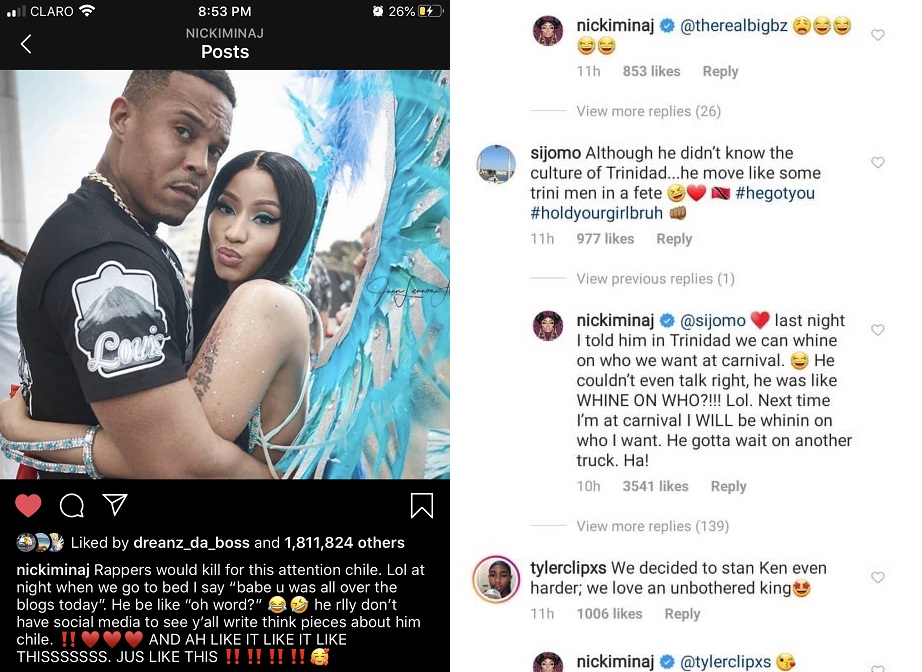