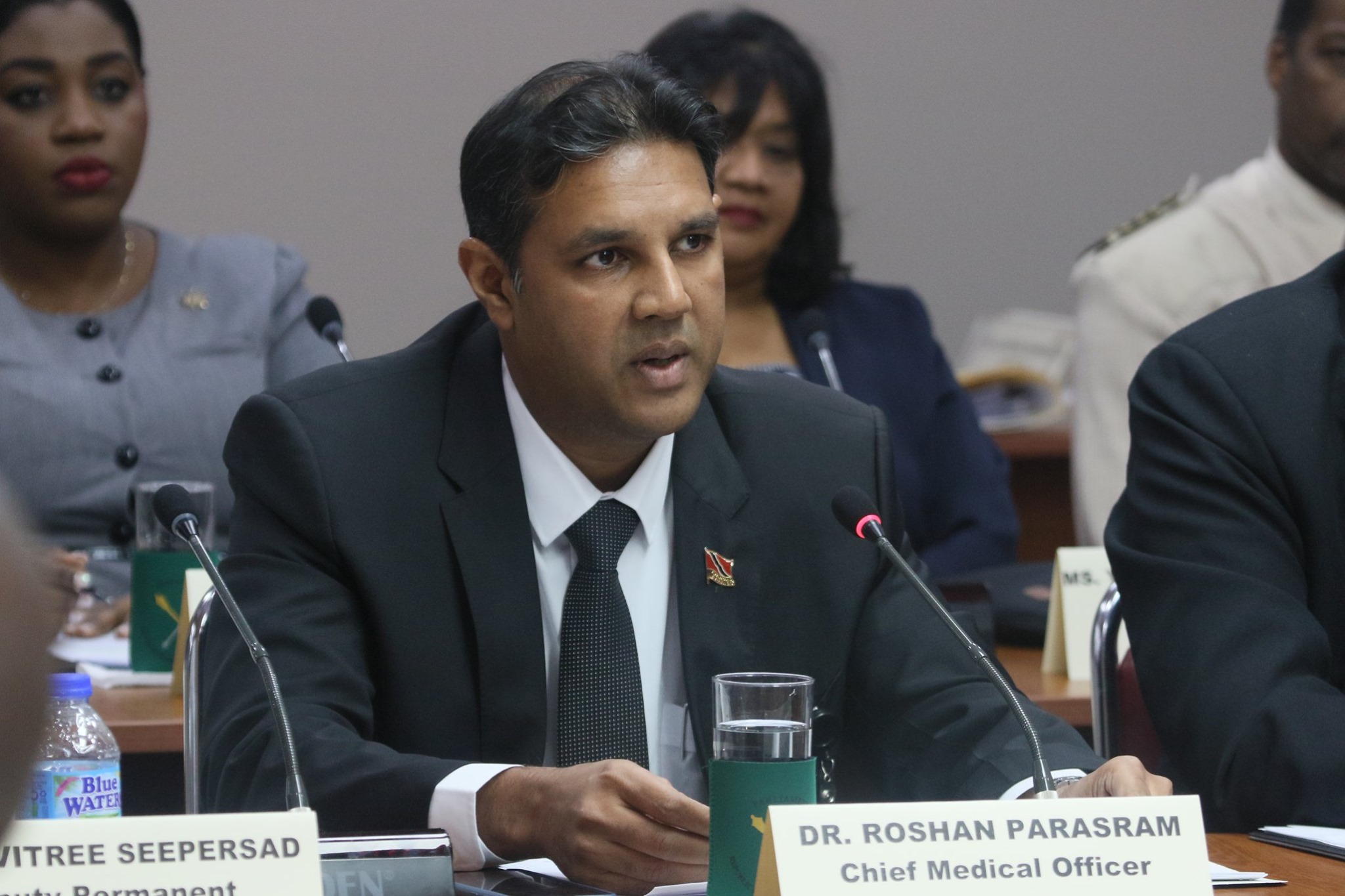 Photo via Facebook, The Office of the Parliament of Trinidad and Tobago.

Cancelling Carnival would not have stopped the importation of the new coronavirus (COVID-19) into Trinidad and Tobago.

In fact, if the virus was present during Carnival, there would have been tens of thousands of cases of the virus recorded locally to date.

Chief Medical Officer (CMO) Dr Roshan Parasram at a virtual media conference hosted by the Ministry of Health on Friday put the debate on whether Carnival should have been cancelled to rest as he said he was confident that prior to the first case of the virus on March 12, there were no other cases of the virus present in T&T.

He noted that at the time of Carnival there were less than 50 cases recorded in at least nine territories from which people would travel to T&T. In the United States alone, he said there were just 10 cases before Carnival.

“So, the numbers were very low,” he said.

He noted that testing was done on locals post Carnival who reported flu-like symptoms after contact with visitors from the US, Canada and the United Kingdom, but they all tested negative for the virus.

“If we had transmission of this virus during the Carnival season we would have had tens of thousands of cases of the coronavirus in Trinidad and Tobago, to date," the CMO said.

He added: "So, I don’t think prior to getting our first case on 12 March, there would have been any cases in Trinidad and Tobago."

In terms of further measures to ensure the slowing of the spread of the virus, National Security Minister Stuart Young said Government would continue to be guided by the advice of health experts in responding to the virus.