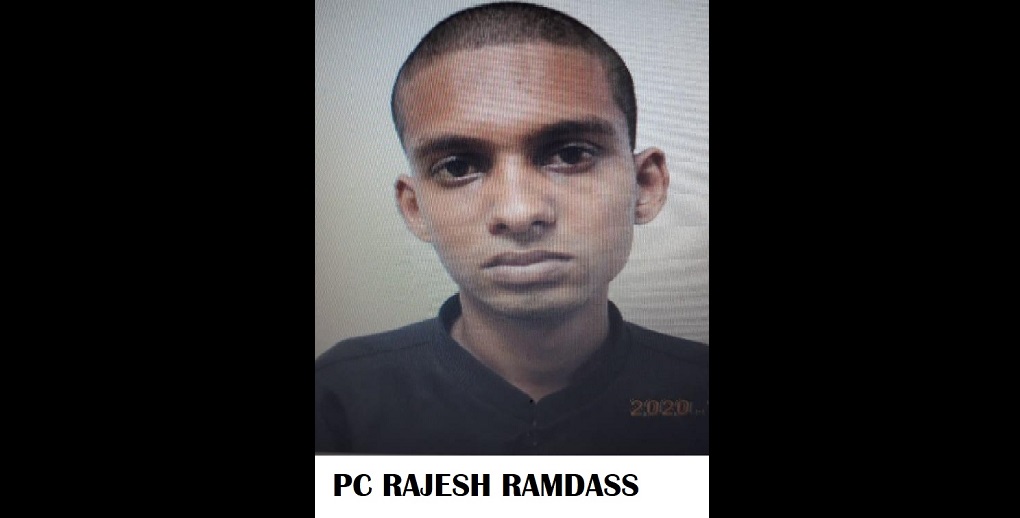 A police officer was granted $300,000 bail with surety or $15,000 cash when he appeared virtually before a Port-of-Spain Magistrate on Tuesday to answer to the charge of attempted to murder.

PC Rajesh Ramdass, who has eight years' service, was arrested and charged today.

According to a statement from the police service (TTPS), a 37-year-old man reported that on April 3, 2016, he was at an establishment in the Debe district when he got into an argument with another man over whose turn it was.

The statement said: "During the incident, the victim said he hit the man who fell to the ground. The victim then approached the man with a bottle in his hand. The man, an off-duty police officer, is said to have drawn his service-issued firearm and fired several shots at the victim, hitting him in the stomach."

Both men were subsequently taken to hospital for treatment.

Investigations were headed by Snr Supt Nazrudeen Pragg, head of the Court and Process Branch, who also
laid the charge against Ramdass.

Security officer charged with one count of sexual penetration of girl