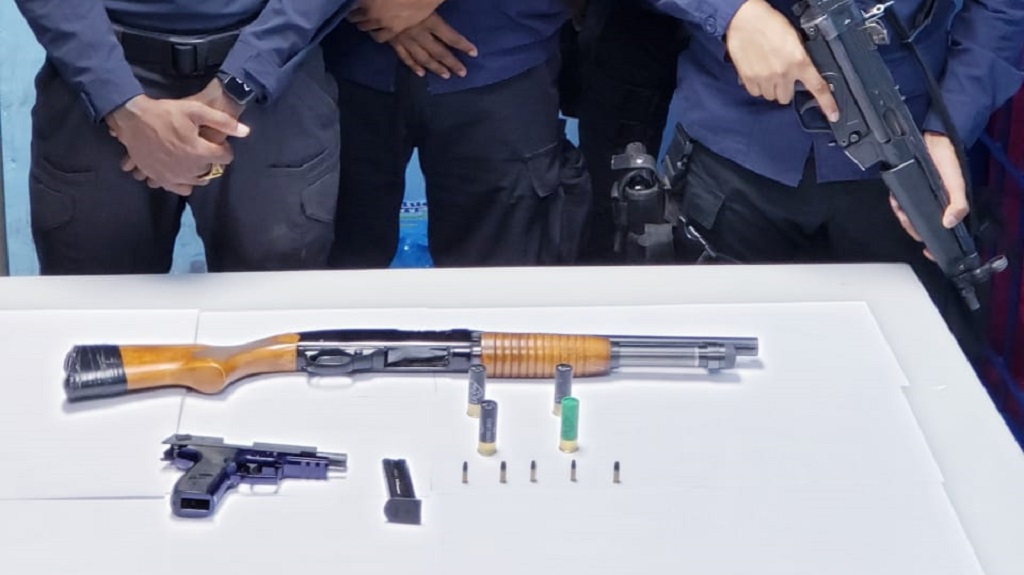 Two firearms were seized on Thursday afternoon in Santa Cruz thanks to the work of police officers.

Police said a shotgun and handheld 9mm pistol along with nine rounds of ammunition were seized in connection with the finds.

Loop News was told that around 4pm, officers of the North Eastern Division Task Force, led by Sgt Bharath, Cpl Majeed, including PCs Mieres, Dass, Simon, Nanan and others went to Moraldo Street Santa Cruz to conduct a patrol.

This was as a result of recent gang-related activities in the community.

While on patrol, the officers received information which led them to a bushy area off the roadway.

Hidden among a bamboo patch, and partially buried, the officers found and seized the weapons.

Several residents were also interviewed and voiced their concerns about the gang activity in the area.

More on this as it become available.

Man denied bail after being charged for firearm possession