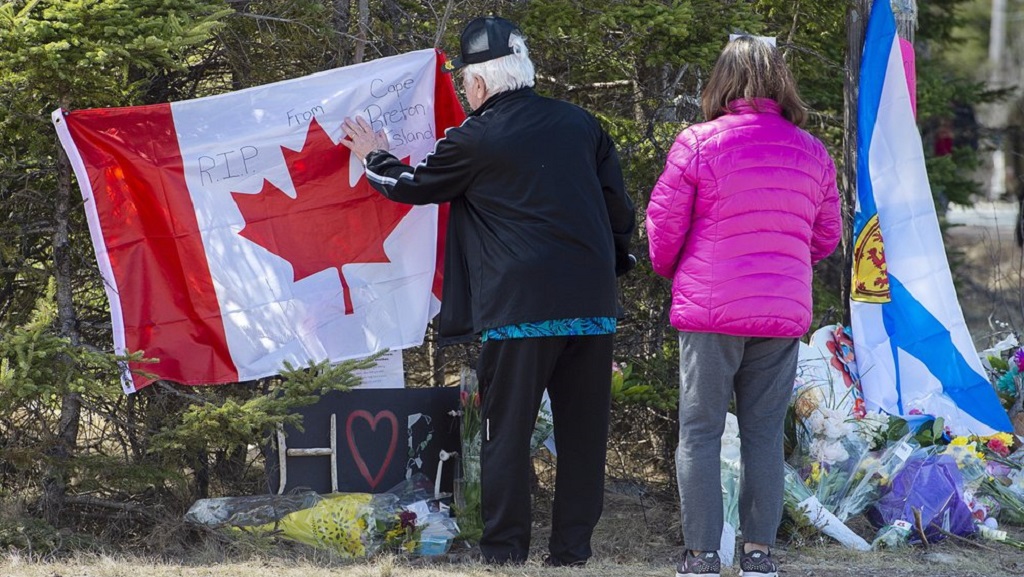 Canada's worst mass shooting started as a domestic dispute between the gunman and his girlfriend, who survived the attack, a police official said late Thursday.

The official confirmed to The Associated Press that the weekend rampage in Nova Scotia erupted after an argument between the pair.

The official, who spoke on condition of anonymity, said more details would be provided at a news conference Friday.

There are 16 crime scenes in five different rural communities throughout northern and central Nova Scotia.

The suspect was shot to death Sunday morning, about 13 hours after the attacks began.

Several bodies were found inside and outside one house in the rural town of Portapique, police have said. Bodies were also found in four other communities, and authorities believe the shooter targeted his first victims but then began attacking randomly as he drove around.

Police have said Wortman carried out much of the attack disguised as a police officer in a vehicle marked to seem like a patrol car.

They say he shot people in and around their homes and set fires to homes in Portapique.

Wortman, who owned a denture practice in the city of Dartmouth, near Halifax, lived part-time in Portapique, according to residents.

Atlantic Denture Clinic, his practice, had been closed the past month because of the coronavirus pandemic.

Authorities said Wortman did not have a police record, but information later emerged of at least one run-in with the law.

Nova Scotia court records confirm he was ordered to receive counselling for anger management after pleading guilty to assaulting a man in the Halifax area on October 29, 2001.

The guilty plea came on Oct. 7, 2002, as his trial was about to begin. He was placed on probation for nine months, fined $50 and told to stay away from the man, and also prohibited from owning or possessing a weapon, ammunition or explosive substances.

The country overhauled its gun control laws after Marc Lepine shot 14 women and himself to death at Montreal's Ecole Polytechnique college in 1989.

Before the weekend rampage, that had been Canada's worst mass shooting.

Two years ago Thursday, a man drove a van along a busy Toronto sidewalk and killed 10 people and injured 16.

The suspect, who is awaiting trial, said he carried out the attack in retribution for years of sexual rejection and ridicule by women.

Air Canada lays off 5,000, France tries to save food supply