One man's search for a vegan solution develops into plantain business 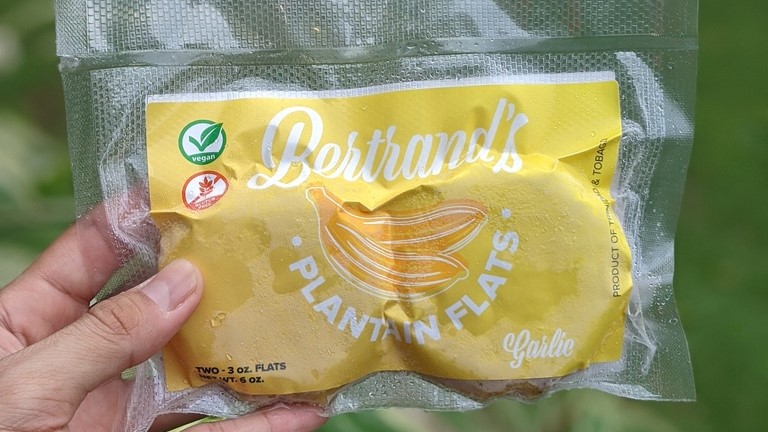 What started as a way for Justin-Marc Bertrand to provide his cousin with a variety of vegan meals during his stay in Trinidad, has now turned into a business.

In an effort to find something tasty that his cousin could eat, Bertrand developed a product from plantains. He calls it Bertrand's Plantain Flats.

“I hosted my cousin who was here from the US and in trying to cook for him I found it difficult to secure a variety of, not only delicious vegan products but vegan products that weren’t loaded with a ton of chemicals. While searching for recipes to satisfy his appetite, I stumbled upon a recipe for tostones and immediately saw the potential in it. I played around with the recipe, of course, I added my own flare to the taste. I decided to try it with sweeter plantains and after a couple of weeks, my take on it was ready," said Bertrand.

His plantain flats can be eaten as a bread or meat substitute or even as an additional topping in your traditional burger or meat sandwich.

"The possibilities are endless and that’s actually why it’s called flats and not simply patties. It’s a really dynamic product. Yes, it was intended to be a vegan option but it’s not limited to vegans. We Trinbagonians love plantain and with that being said, it’s really an option for everyone. There are even medical benefits to it, as plantain is high in potassium. I gave it to friends and family and they thoroughly enjoyed it. My vegan friends finally have something to eat when I invite them over," he said with a chuckle.

Bertrand said getting the product from his kitchen to store shelves was a pretty straight-forward process in terms of having it tested with the relevant food bodies in Trinidad. However, due to the pandemic, certain processes like attaining a food badge and having his premises inspected took more time. 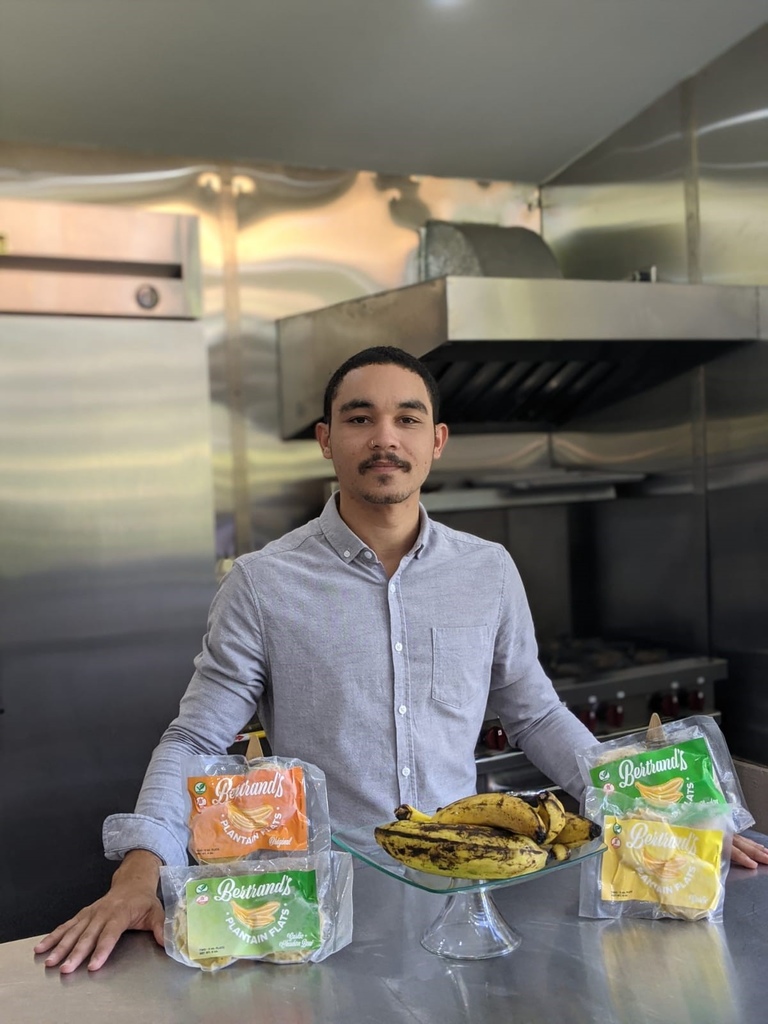 Convincing stores to place the plantain flats required samples but once they tried it, they fell in love. Although before even trying the samples, they were very interested in the product given its novelty.

People loved the idea that it was not only vegan but gluten-free with no added preservatives.

Bertrand explained: “Introducing the flats to the final customer was the trickiest part of the entire process and it still is. I find myself continuously explaining to customers exactly what it is and how it can be used. Making people aware of any product requires education, consistency, placement, and time."

"There is a lot of work that goes into producing it as it is handcrafted. Everything from start to finish is done by hand. Marketing has definitely been a bit difficult. I’ve been able to place the product in some stores, Massy Stores, Tru Valu supermarkets, Price Club Supermarket Chaguanas, Malabar Farms gourmet shop, Bloom’s imports, Artie’s meats, Seafoods Enterprises, Seafoods Differently and Tradewinds mini-mart."

Bertrand, the owner of Qualidis Distribution, primarily focused on imports for sale on the local market. Shortly after importing his first product, Royals no-show socks, he immediately saw the opportunity to provide the market with much more and a year later the idea of Bertrand's Plantain Flats was born.

Upon entering the food processing industry he realised that consistency was the key thing that had to be maintained.

“When people purchase a product and enjoy it, there are certain things they enjoy and they want the product to continuously live up to those expectations. There have been times where the finished product was not what it was supposed to be and we simply could not do anything about it, so it ended up going to waste. I always say that I prefer to suffer a loss of raw material in the kitchen than to put a mediocre product out on the shelves for our customers," he said.

There are many other factors to consider when mass producing food products and it’s been a learning experience for him at his burgeoning business.

He said: "There are a lot of things that pop up during the whole process. For simple things like choosing the right raw ingredients, there is little room for error. You have to get exactly what you need or it creates a consistency problem."

Bertrand says that he is currently in the process of preparing his product for the international market which is not an easy task but with the support of ExporTT, he hopes to be well prepared and connect with the right distributors in the regional, US and Canadian Markets.

He said he would like to show the world that Trinidad and Tobago has a lot more to offer with its local food manufacturing industry.