Opposition MPs cautioned on use of Standing Orders 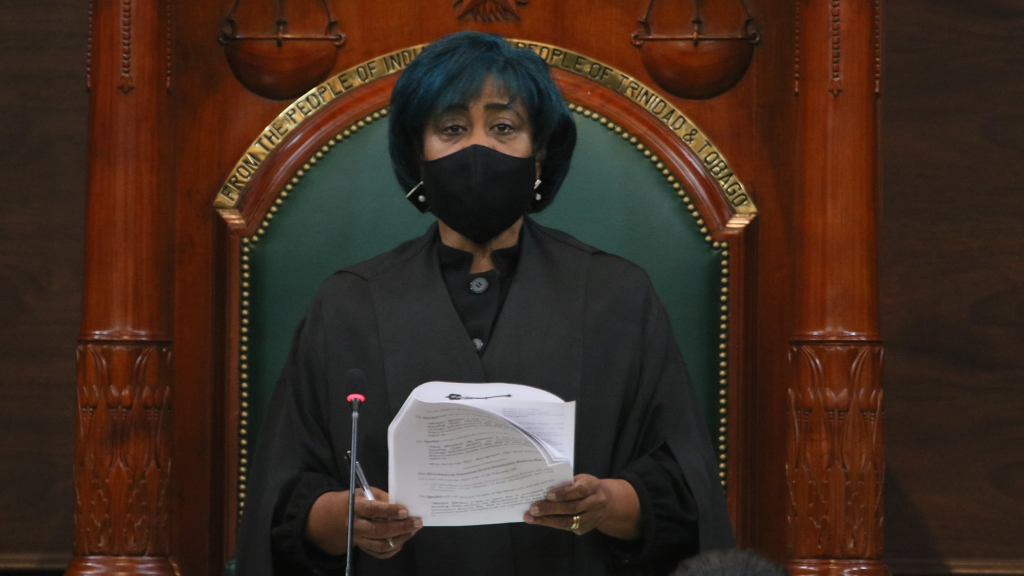 House Speaker Bridgid Annisette-George spent a significant amount of time on her legs as debate on the 2021 Budget continued in the House of Representatives on Wednesday.

Several objections were raised under Standing Orders 48(4) and (6) by Opposition members during the contribution of Arouca/Maloney MP Camille Robinson-Regis.

Naparima MP Rodney Charles raised an objection under Standing Order 48(4), as he said he was stopped from speaking on tax exemptions on vehicles for parliamentarians.

As Robinson-Regis continued her contribution, referencing Opposition leader Kamla Persad-Bissessar’s reported use of national helicopter services during her tenure as prime minister, Charles again raised the same point of order.

He complained that he was not allowed to go into any details when he raised the issue about the motor vehicle tax exemptions.

The Speaker again overruled and advised Charles the Standing Order dealt with the use of “offensive and insulting language about a member of either house or to threaten a member”.

The Arouca/Maloney MP resumed her contribution but another point of order was raised by the Opposition, this time from St Augustine MP Khadijah Ameen.

The objection was again overruled by Annisette-George.

Less than a minute later, the Naparima MP again raised an objection under the same Standing Order.

As the Speaker rose to her legs to respond, she cautioned members against the unparliamentary conduct of steupsing.

She cautioned Charles on abuse of the Standing Orders.

I overrule once again that anything that has been said thus far qualifies under Standing Order 48(6).”

It was not long after this ruling that another member, Barataria MP Saddam Hosein raised an objection under the same standing order on the basis of a correction.

“Members, if you want to challenge something on the facts, you have an opportunity when you answer to say that but that does not make it a breach of Standing Order 48(6).

You may not agree with what the member says but that does not mean that it qualifies under 48(6) or 48(4).”

Debate on the 2021 Budget is ongoing in the Lower House.