'What the hell': Payge Turner storms into 'live round' of The Voice 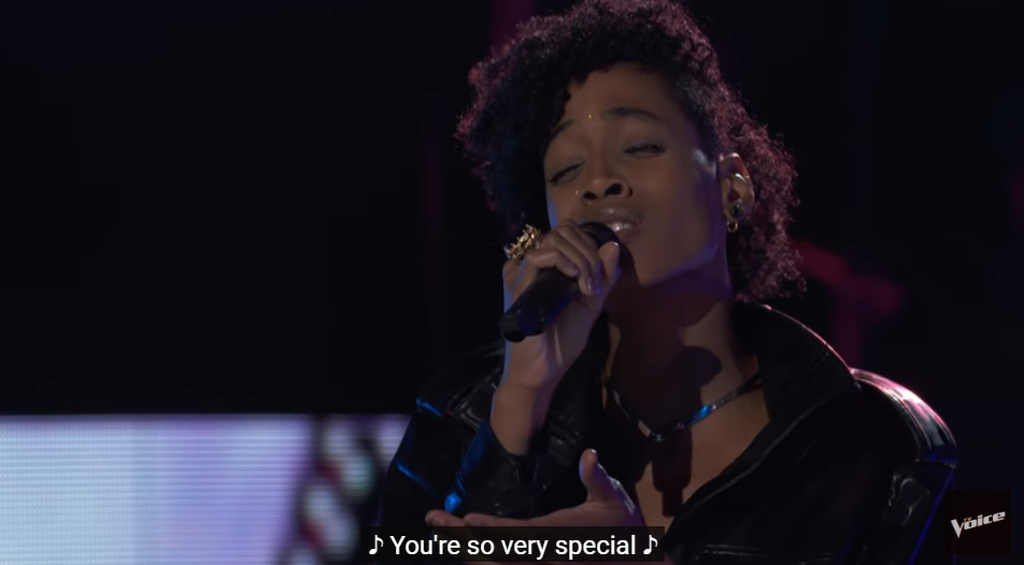 Payge Turner is through to the live round of The Voice following a heartfelt rendition of Radiohead's 'Creep'.

Payge Turner is once again through to another round of The Voice, wowing judges on the way with her outstanding talent.

By the time she was done, Judges Kelly Clarkson, John Legend and her coach Gwen Stefani gave her a standing ovation.

"What the hell? I don't even know what just happened, your soaring little creepy head voice stuff all night long, that was so good," gushed Clarkson.

The Trinidadian singer, birth name Paige Roopchan, tore through the knockout round on Tuesday night with a commanding performance of Radiohead's 'Creep'.

She was up against fellow Team Gwen country singer Ryan Berg, who also impressed the judges with his rendition of 'Makin' Me Look Good Again'.

Decked in black leather jumpsuit and gold knee-high boots, Turner wowed the judges with her heartfelt and soulful rendition of the song.

Blake Shelton said he felt like they witnessed an "out-of-body experience" with Turner's performance.

"You truly dissected that song," he told her.

Legend, picking Turner as his choice to win, said: "I was just utterly stunned by your delivery of this song, this was like a revelation."

It was not an easy choice for Stefani who described both singers as weird and confident in who they are.

She selected Turner to go through to the next round which is the live performance shows.

'The Voice' airs Mondays and Tuesdays at 8 pm PT/ET on NBC.

Trini sings her way to Gwen Stefani's team on The Voice

Payge Turner through to third round on The Voice