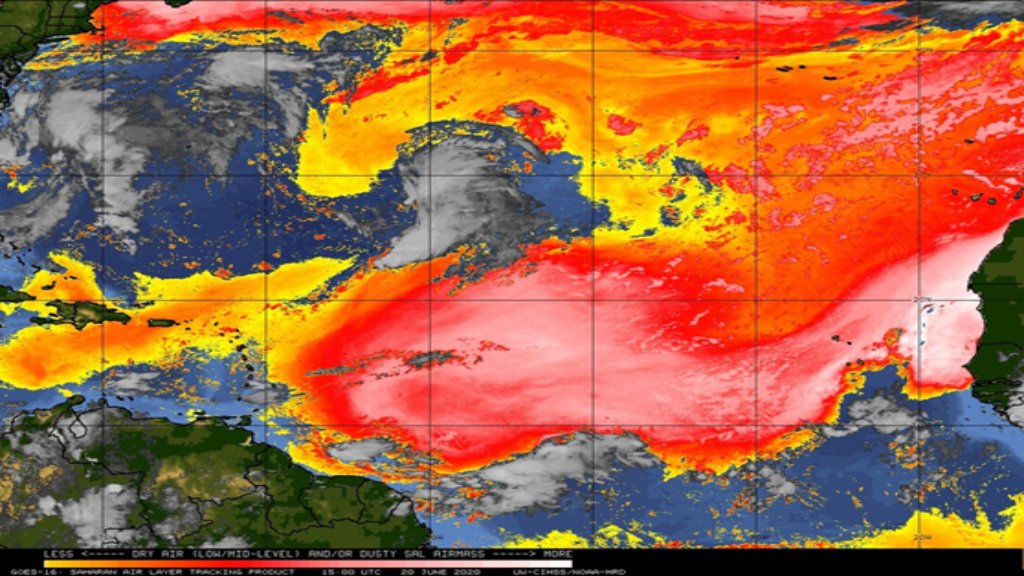 Image via Facebook, The Trinidad and Tobago Meteorological Service.

The Trinidad and Tobago Meteorological Service (Met Office) has advised that current concentration is associated with a thick plume of Saharan dust making its way across the Caribbean Islands.

While the peak of this dust event was today, these conditions are expected to persist for the week ahead – until at least Friday.

Those who are sensitive to this change in air quality are strongly advised to take the necessary precautions.

Protective measures include: covering the nose and mouth when outdoors; protecting eyes using sunglasses when outdoors; and keeping inhalers and allergy medication on hand.