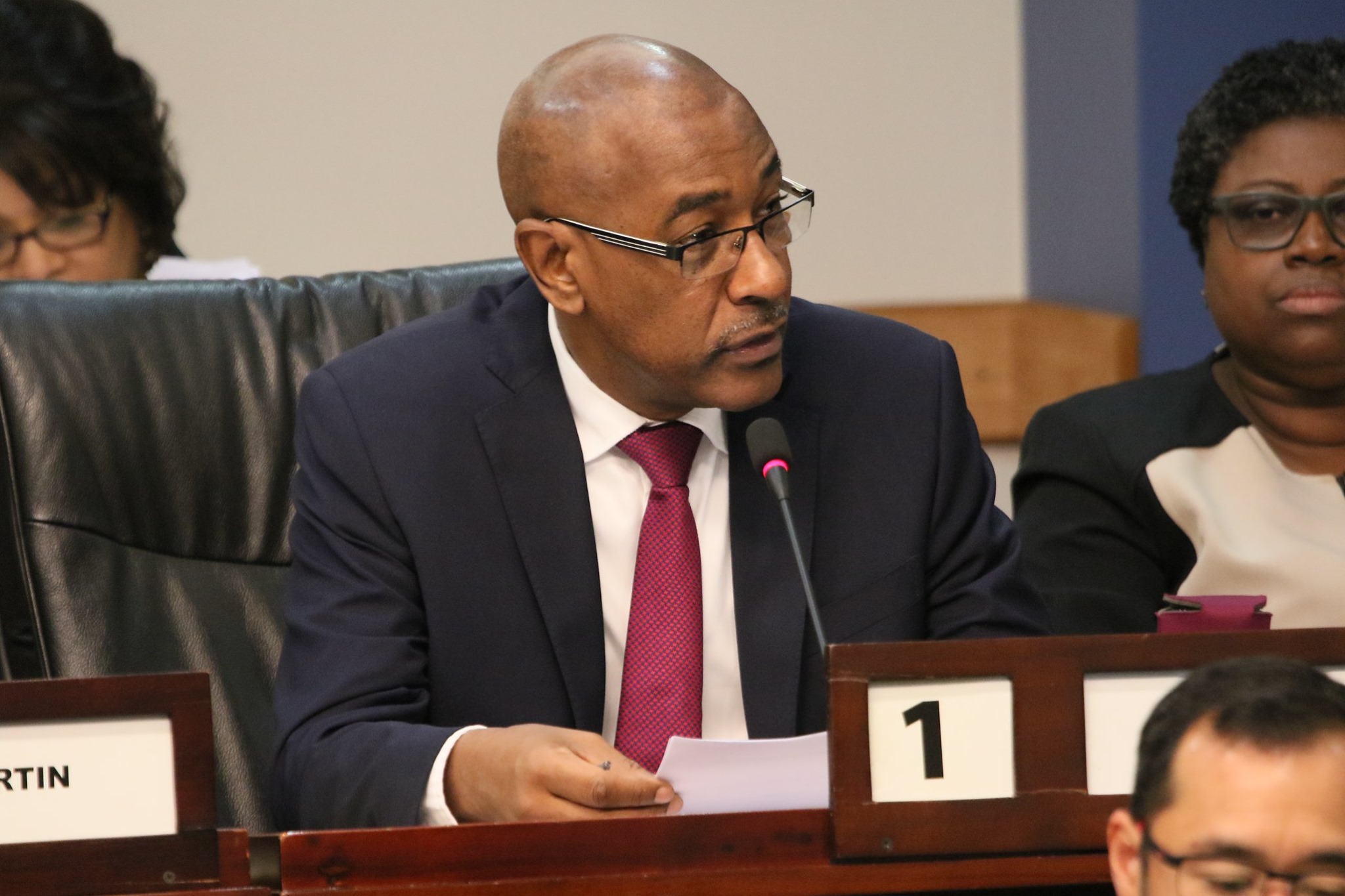 Photo via Facebook, the Office of the Parliament of Trinidad and Tobago.

The resignation became effective yesterday, May 16, 2020.

The Prime Minister is in the process of making the necessary adjustments consequent to Le Hunte’s resignation, Communications Minister Donna Cox said in a brief statement.

No further details were given.

Le Hunte was appointed vice-chairman of the Road to Recovery Committee tasked with resetting the country economy post-COVID-19. It's unclear whether he will retain this position.

Loop News has reached out to Le Hunte for comment.

He noted that he submitted his letter of resignation on Friday on the basis of "professional conflict on policy positions". The resignation was accepted by the Prime Minister a day later.

On account of this conflict, Le Hunte said he gave the Prime Minister the opportunity to move forward "in a manner which allows the Government to achieve its objectives".

He expressed thanks for his time as Public Utilities Minister and to the staff at the Ministry. He also expressed gratitude to those who extended words of encouragement over the past two days.

Le Hunte ended by affirming his commitment to the People's National Movement, where he will continue to serve as party Vice Chairman.