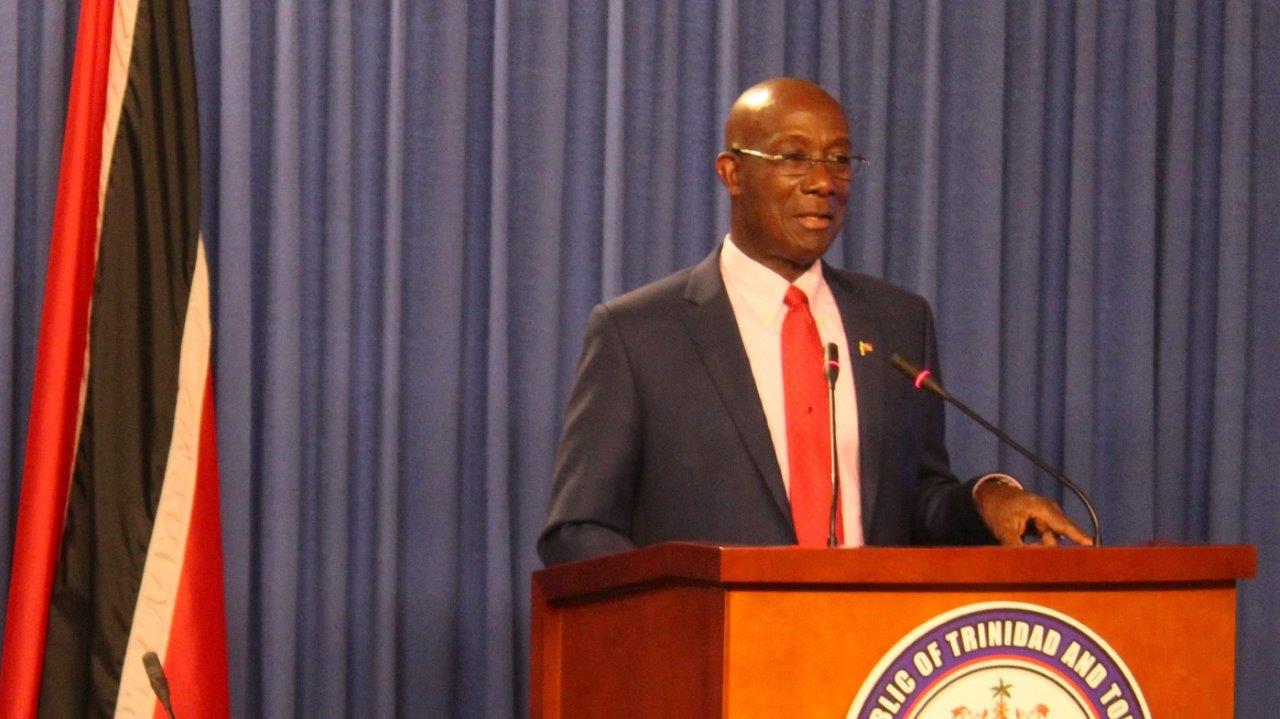 Prime Minister Dr Keith Rowley said he would be updating the public on the next phase of the re-opening process after a meeting with health officials and other members of the COVID-19 recovery team on Saturday.

Speaking at Thursday's post-Cabinet media briefing, Dr Rowley said the decision would be made based on feedback and advice from health and government officials.

“This week, coming close to another one of the phases that we had outlined. We had outlined six phased on how we proceed to move out of what we call the ‘lockdown’, to getting back into the workplace.

“As we do so we (must) do it in a way that we manage the risk and protect the wider national community.”

“On Saturday we would be in a position after our meeting with the experts and government officials, and I will take certain decisions. Hopefully, if the trend continues…if we get the same data, I expect to be in a position to advise of some significant opening up, and I think that would be good news for those persons who have been directly affected.”

Dr Rowley noted that almost a month has passed without any additional confirmed positive cases of the virus, however he warned the public about being complacent.

“It is very easy for our population to take the position in many places…that we had a pandemic problem. I want to emphasise…we’re still very present. One of the problems we’ve been facing…our population has a very low resistance to the virus, we have built up no immunity at the national level. As we come out, if we get the virus, it can wreak havoc.”

“While we are minded to go towards the position that Trinidad and Tobago has gotten to zero over a number of weeks, Brazil is just a couple of hours southeast of us (by air) and they are going through horrible times right now."

He also referred to the US where cases have also been rising, as well as the UK.

“We have to be careful that as we come out….we come out and be careful not to induce a relapse if you want to call it that.”

Government recently relaxed some of the lockdown measures such as allowing for curbside pick-up and delivery for food businesses, along with extended opening hours for hardware stores.

Currently, supermarkets and service stations are allowed to open until 6.00 pm while pharmacies remain open until 8.00 pm.