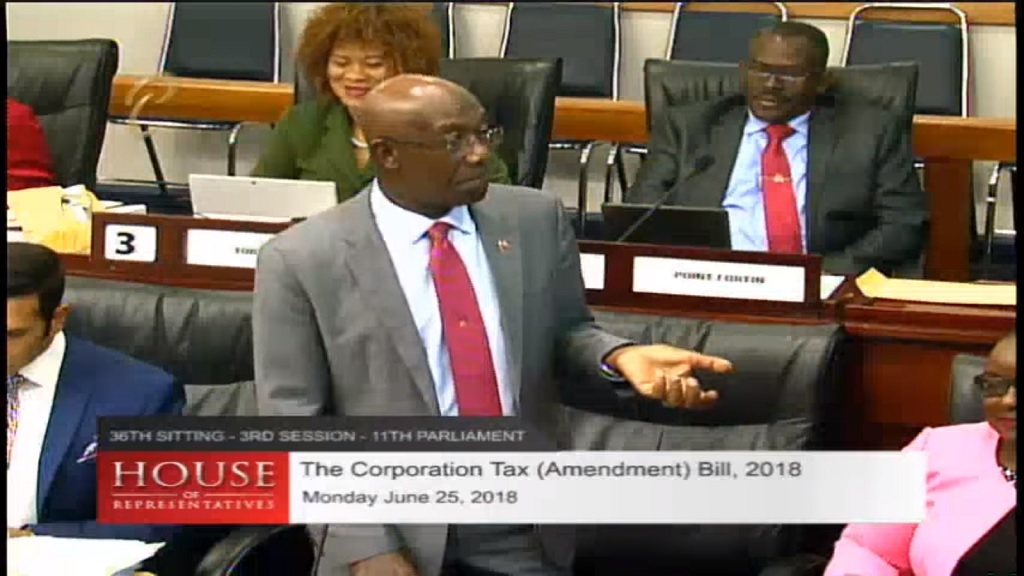 Prime Minister Dr Keith Rowley said that the outstanding $15 billion owed by CL Financial is ‘no laughing matter’ and that his government is taking steps to return the money to citizens through investment in the National Investment Fund Holding Company Limited (NIFHCL).

Speaking in Parliament on Monday during debate on the Corporation Tax (Amendment) Bill 2018, Dr Rowley said the move was the result of expert advice.

“$15 billion is no laughing matter for the people of Trinidad and Tobago. The (Finance) Minister outlined how the government has acted and is solving the problem, and we have a solution going forward."

“Over the last few months, we took very good high-quality, expert advice, as to how to proceed and this government is well-informed and confident that this approach is the best approach for the people of Trinidad and Tobago,” he said.

Dr Rowley said that the initial $23 billion which was used to bail out CL Financial was also held without interest.

“These private-sector owners of the CLICO assets, which have been bailed out with taxpayer’s cash, were taking the position that they would not extend the agreement which gave the government the understanding that…the taxpayer would be repaid in the future. It was extended 16 times…and recently, those individuals told the government they would not be extending the letter of agreement.

“These are billions of dollars lent to private people on which no interest was being charged,” he said.

Dr Rowley said that in 2009 the amount owed by CLF ballooned from $5 billion to $23 billion and that he withheld his vote until all the information was obtained.

“In early January 2009, when we woke up and heard that CLICO was collapsing and the government had to intervene, I happened to be on the back bench at that time…the one question I asked was how much will it cost the taxpayer?

“The country was in a panic, they said we have to vote to save CLICO, I said I am not voting until you can tell me what sum of monies is involved. They eventually said ‘it’s about $5 billion’. That ended up at $23 billion. By 2010 this tens of billions had become the reality,” he said.

Dr Rowley said that it is his duty to ensure that the money is returned to the people of Trinidad and Tobago.

“As this government elected by the people of T&T whose money was in that situation, and as Prime Minister leading that government, I told such persons that the government will do everything possible to get back taxpayers’ money from private institutions,” he said.

Finance Minister Colm Imbert announced Monday in Parliament that government would transfer the shares of Republic Limited, Angostura Limited, One Caribbean, WITCO and TGU to NIFHCL and in return receive a Note amounting to the value of $7.915 billion, of which $3.915 billion would be converted to ordinary shares and held by Government as sole shareholder of NIFHCL.

Imbert said the shares obtained by Government from the recovery of debt from CL Financial and its subsidiaries would form part of the portfolio of the NIFHCL.

It was also decided, that in order to further 'diversify the portfolio of the NIFHCL', shares held by government in Trinidad Generation Unlimited (TGU) would also be included in the NIFHCL portfolio.

Government said so far, 42,475,362 shares of Republic Limited and 1,305,000 shares of One Caribbean Media were transferred from CLICO Investment Bank (CIB) to the Government and/or Government-owned or controlled companies. 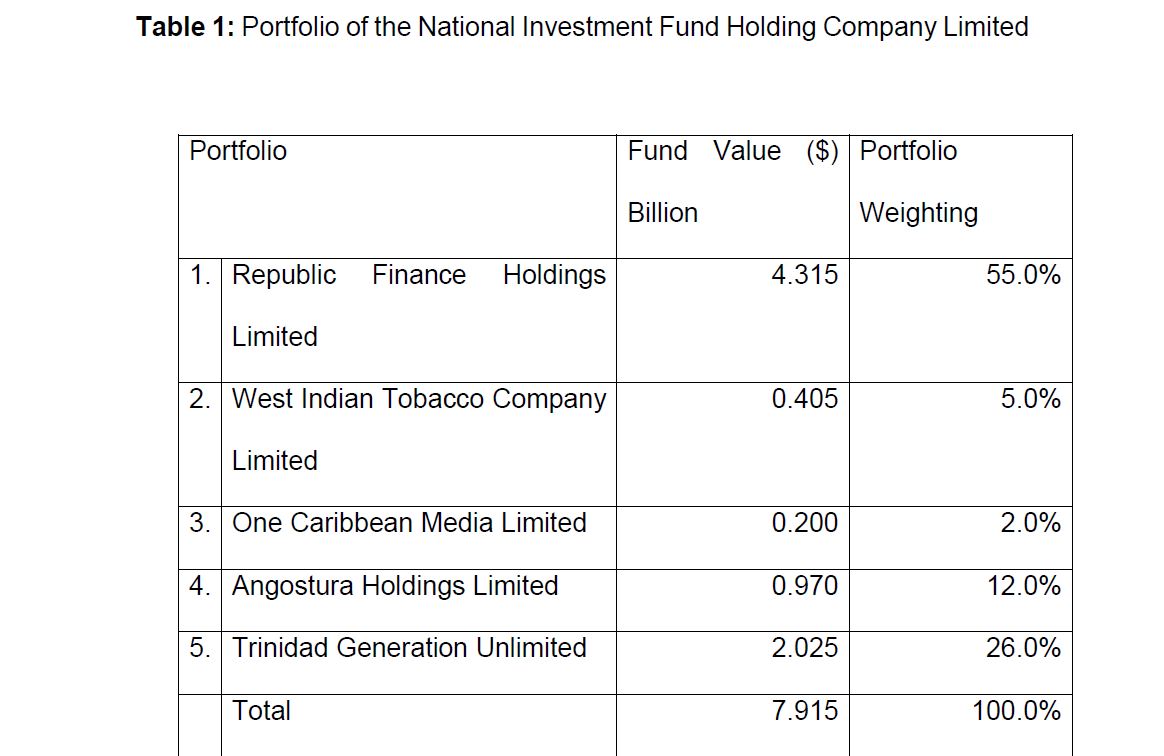 Imbert said these transactions have been, or will be, executed by transferring the shares of Republic Limited, WITCO, Angostura Limited and One Caribbean by way of put-through transactions on the Trinidad and Tobago Stock Exchange Limited (TTSE) on which a fee of 0.3 percent was paid to the TTSE and separate brokerage fees on both the transferor and transferee sides were incurred.

The values of the shares were determined through stock market valuations.

Government said it intends to transfer the shares at market value.