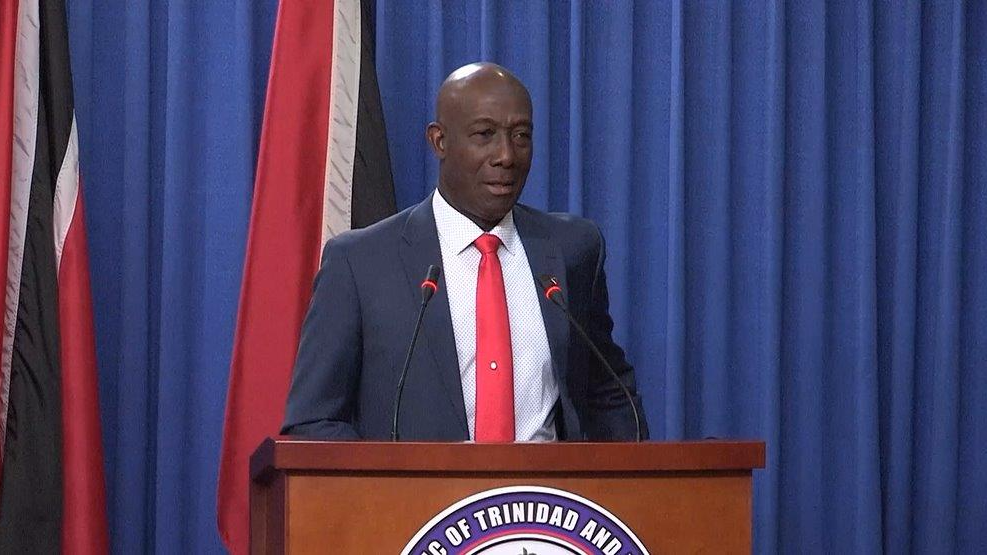 Government has defended its actions in seeking to liquidate the assets of CL Financial.

Speaking at the Post Cabinet media briefing on Thursday, Prime Minister Dr Keith Rowley said Government has had to be cautious in its handling of the matter and what was said publicly regarding the issues surrounding the failed financial conglomerate.

Rowley revealed that in seeking to protect the interests of taxpayers, Government was made aware of “alarming” information regarding Angostura Holdings Limited.

“We found out in the recent weeks that the Angostura profits were going to a company in Scotland called CL World Brands, purportedly owned 100 percent by shareholders who were bailed out by the Government.

But when we examined the fact, we discovered that that company did not own 100 percent of those profits. In fact, 60 percent was owned by other entities, yet, the profits were going abroad and created a pool of funds for persons outside of the Government’s glare.”

Rowley said it was following this discovery that Government determined that action needed to be taken.

He said the shareholders were given every opportunity to comply with the shareholders agreement regarding the terms of the 2009 bailout of the financial company, the latest of which remains unsigned at this time.

Approximately $23 billion has been spent on the bailout, while just $7.5 billion and $500 million were recovered from the sale of the Methanol Holdings and Angostura respectively.

The Prime Minister also dismissed talk of a fire sale which he said is an effort to misdirect taxpayers.

“What we want to ensure is that the taxpayer money that went into these private companies is protected and there is a reasonable chance of the taxpayer getting that back.”

“I want to give the taxpayers of Trinidad and Tobago and the country’s citizens the assurance that there is absolutely no truth in that statement or that position. This Government has no intention of conniving with any person in the one percent, in the 10 percent, in the hundred percent – no person, agency, or otherwise to dispose of these assets.”

Rowley stressed that Government is only interested in ensuring that all entities are in a position to discharge their responsibility to the taxpayer – repayment of $15 billion owed for the bailout.

The Prime Minister also responded slammed talk in some quarters that this “black Government” was betraying “black people”, stressing that the issue at hand is not one of race but about the taxpayers of Trinidad and Tobago and monies loaned to a private entity.

“I take serious umbrage, and I’ll tell you why.”

“That folly must be disposed and dismissed for what it is, because that is the kind of foolishness that gets the taxpayer to join like a turkey voting for Thanksgiving…because when taxpayers should be here supporting the Government to protect the taxpayers’ money, there are people encouraging the taxpayer to have its monies exposed…without protection and to have its only representative, the Government, kicked off the board of the Companies.”

“And if after what I have said here today, the people of Trinidad and Tobago who are taxpayers don’t understand what you are dealing with, all I will say to you is – trust me.”