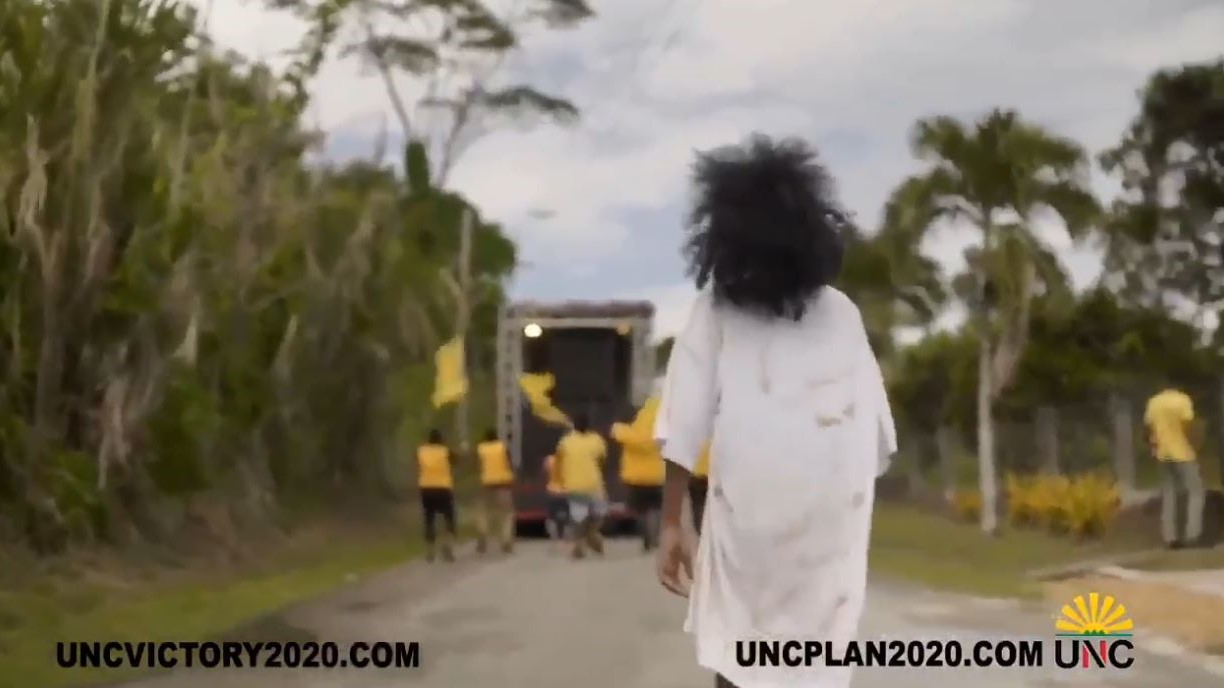 A screenshot from the United National Congress' political advertisement that Dr Keith Rowley was commenting on.

Prime Minister Dr Keith Rowley gave his views on a political advertisement by the United National Congress (UNC) which some on social media have criticised as being racist.

‘To see a political party that wants to be the government again, portraying black people in the way that those ads are portraying us. There’s an ad with a little black child. I don’t know if the UNC campaign management knows how offensive that ad is. If I made an ad like that with a child of East Indian descent, everyone would know how to take it.’

‘Is because there are no other black people you could symbolise in this country that you draw that of us? You have to exemplars so that young people will know there’s a chance.’

The advertisement depicts an Afro-Trinidadian child in a t-shirt and flip-flops, walking along a beach in a dishevelled state. She gazes through bushes to see a UNC truck with party members smiling and speaking with the public.

The last shot of the advertisement shows the child looking on as the motorcade leaves her behind.

PM Rowley says he takes umbrage to the new UNC ads and how they depict black people pic.twitter.com/6qj7CXz6Wp

Several people tweeted that the advertisement was in poor taste:

One woman said: 'Please remove this, it is tactless and offensive.'

Another commented: 'This is distasteful and very disturbing!'

Another person said: 'Imagine being a candidate for a political party that pushes the stereotype in your party campaign video, that you are impoverished, unkempt and need to be saved.'

Another video for a campaign called Trinity's Triangle, was shared via the UNC page on Thursday but was later removed after several negative comments.

Loop News reached out to UNC's Public Relations Officer Anita Haynes for comment but did not receive a response.

Party Promises: UNC and PNM manifestos for the creative sector