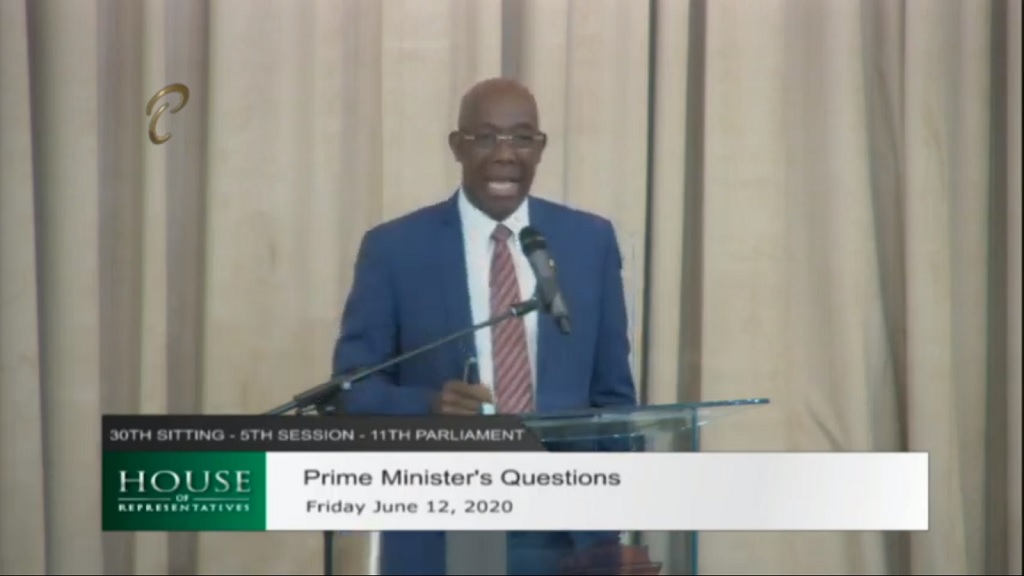 Prime Minister Dr Rowley spoke out in defence of the country’s foreign policy after questions raised by the Opposition over a US official's statements official calling for Trinidad and Tobago to uphold US sanctions against Venezuela.

Dr Rowley responded to a question in Parliament, accusing Opposition of challenging the country’s foreign policy.

“These parliamentarians are coming in here and telling me the United States say? Is that how we adopt policies for Trinidad and Tobago? I wish my colleagues on the other side would stop undermining the foreign policy of Trinidad and Tobago.”

“A position taken by Trinidad and Tobago put forward on our foreign policy is being attacked on the grounds that another country has an issue with it. Trinidad and Tobago is a responsible country acting responsibly and notwithstanding the best efforts of our opposition, we maintain our best relations with the United States of America.”

Principal Deputy Assistant Secretary, Bureau Of Western Hemisphere Affairs at the US Department of State, Julie J Chung, spoke at the American Chamber of Commerce of Trinidad and Tobago (AMCHAM T&T) Annual General Meeting (AGM) on Wednesday, saying local businesses must “track and comply with US sanctions" imposed on Venezuela to the full extent possible.

Chung said the Maduro regime was illegitimate and that the sanctions seek to target entities which support his government.

Dr Rowley emphasised that in adherence to the UN Charter, Trinidad and Tobago does not recognise Juan Guaidó as president of Venezuela.

“Whenever any agency like the OAS or anybody else allows Guaido representatives to participate in decisions, those decisions are queried by Trinidad and Tobago and we reserve our position on that, and that is punto final.”

Dr Rowley added that there is no need to address any question of business with Venezuela because it has not arisen.

“Notwithstanding efforts by the other side to create disturbance between Trinidad and Tobago and the United States, I would go as far as to say I don’t know that it took a meeting at AMCHAM for Trinidad and Tobago’s businesses to know that they don’t trade with Venezuela. That has not been happening, notwithstanding that Opposition has told the world the vast untruth that we traded fuel to Venezuela."

“It’s not necessary. Up until the attempt by the UNC to tell Americans that we sold fuel to Venezuela, there was absolutely no issue and there still is no issue because that lie has not succeeded.”

US: T&T businesses must comply with sanctions on Venezuela