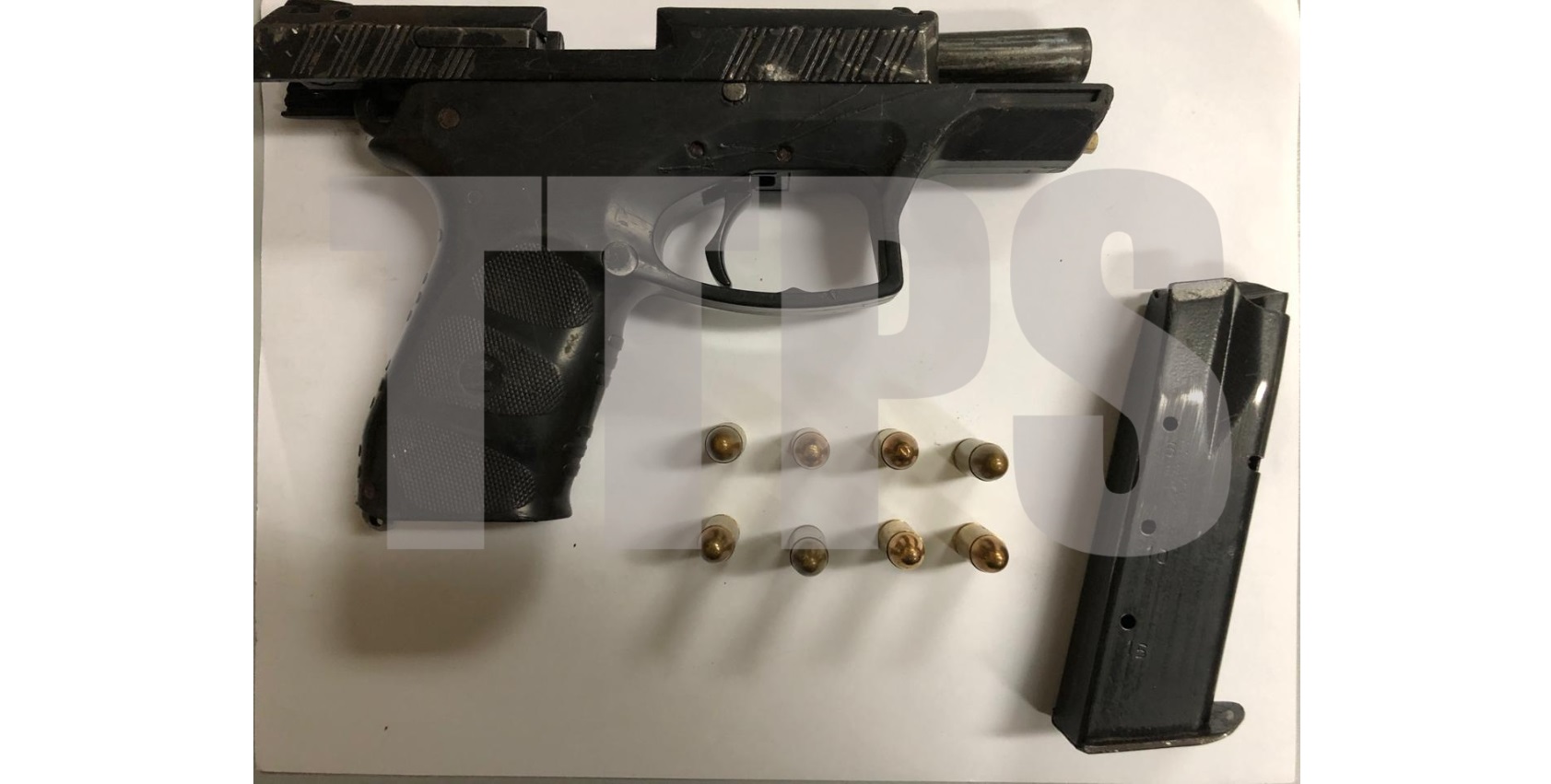 Seized: A pistol an ammunition which were found in a plastic bag in Cocorite.

Western Division police are now looking for the owner of a pistol they retrieved while conducting an anti-crime exercise in Cocorite on Monday.

According to police, the exercise was conducted between the hours of 10:00 am and 3:00 pm.

Several searches related to firearm offences were conducted in the Petit Valley area and while there, officers received information that led them to the Cocorite area.

The officers proceeded to the eastbound lane of the Western Main road near the Cocorite flyover.

There they found one black pistol in a black plastic bag in a grassy area nearby. The pistol was fitted with one black magazine loaded with eight rounds of 9mm ammunition and engraved with the marking “Z”.

The exercise was spearheaded by Snr. Supt. Thompson, coordinated by Supt. Ramjohn and Sgt. Carmona, supervised by A/Cpl. Khan and included members of the Western Division Task Force.

Three held with pistol and ammo in La Brea