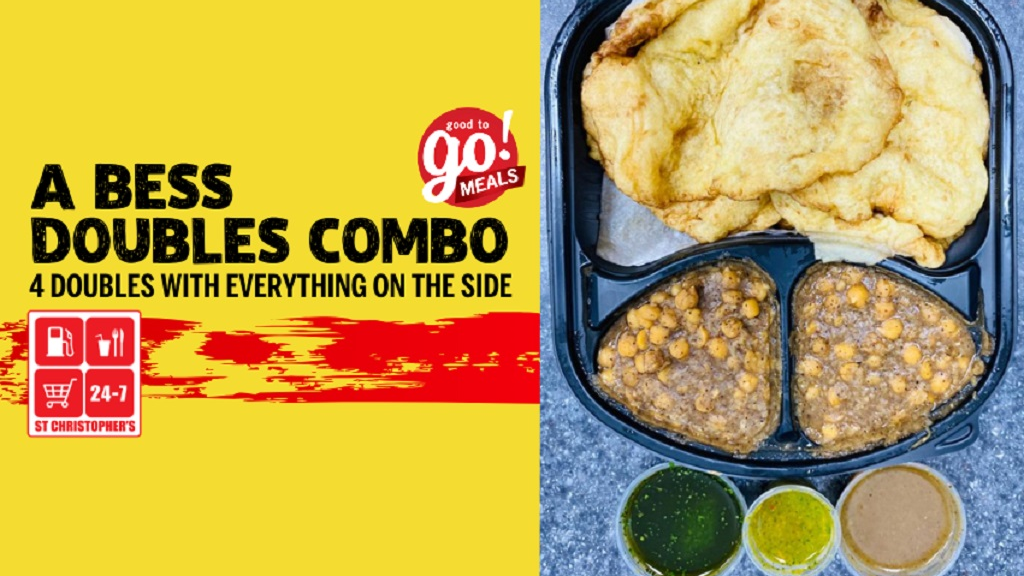 Police Commissioner Gary Griffith has apologised after police officers stopped the sale of pre-packaged doubles and other packaged meals at St Christopher's Service Station, which he said was done in error.

In a statement, Griffith apologised on behalf of the Trinidad and Tobago Police Service (TTPS) after officers stopped the sale of the pre-packaged food items at two establishments on Monday.

According to the statement officers also stopped at the kitchen of a branch of Massy Stores at French Street, Port of Spain and also stopped the sale of pre-packaged items there.

However, Griffith said this was done in error. When he was made aware, Griffith reminded the relevant officers in the particular Division of the regulations of the Public Health Ordinance which allow for the preparation and sale of such pre-packaged items.

According to Regulation 10 of the Public Health [2019 Novel Coronavirus (2019-nCoV)] (Regulations, 2020), "street vending of food and beverages and all retail food services (including restaurants in-house dining, delivery and take-away services), except discount stores, markets, supermarkets, fruit stalls or shops, vegetable stalls or shops, bakeries and “parlours”, for the provision of food or other necessities of life, shall be closed for operation during the period set out."

The development comes after the service station's recent promotion of 'deconstructed doubles' which was sold pre-packaged in containers, to be assembled by customers to maintain freshness.

The doubles were prepared fresh each morning by The Original Fat Boy Doubles and sold through the service station, which also sells other Grab N' Go items.

The company said in a subsequent release that the 'deconstructed doubles' would be back on sale on Tuesday.

They also thanked the TTPS for their decision and thanked fans for their support.

The public is advised to follow all relevant physical distancing safety measures and guidelines as per the current COVID-19 regulations.

Police have stopped the sale of packaged ‘deconstructed doubles’ as well as other pre-packaged meals at a local service station due to the current COVID-19 regulations.

Andre James, General Manager of St Christopher’s Service Station, said the doubles, which had been sold hot and packaged for safety, had been a hot seller but had to be stopped after officers visited them on Monday.

The service station was told by officers that the prepared meals, including their hot meals made in-house, were similar to what a restaurant would do and restaurant-type food was not permitted.

However, they were allowed to sell other Grab N’ Go items such as sandwiches.

James said although the development was disappointing, it showed that innovation is a good way to develop a product into something different while still maintaining health and safety requirements.

“In a way we helped ‘The Original Fat Boy Doubles’, who had a great idea, he was able to show that it is possible to diversify and adapt to a changing market.”

The doubles had been sold in a container with the bara and channa kept separate so that customers could assemble their doubles themselves, to maintain freshness. The meal also came with condiments.

James said that around 250 packages (about 1,000 doubles) were sold on Monday morning before the sale of the items were stopped.

He added that they look forward to health and safety regulations which would help to guide food preparation guidelines for restaurants during the post-COVID-19 phase, as everyone would need to adapt to the ‘new normal’.

“Everyone has to change the way they do certain things. From inception, we stood out in terms of our health and safety measures. We were one of the first service stations to offer customers disposable gloves to pump their gas and we have always kept a clean, friendly, and secure location."

He also thanked customers for their support.

“Most people on social media had a positive response and we appreciate their support, including our new patrons, as they always come first.”

The company later issued a statement via social media saying they were happy to comply with regulations and thanked 'The Original Fat Boy Doubles' for his innovative product.

National Security Minister Stuart Young told Loop News he was not aware of this specific incident but said in unrelated circumstances there have been reports of restaurants trying to sell meals via other measures to get around the COVID-19 regulations:

"I have been told that some restaurants are operating and claiming that they are selling pre-packaged food, curbside pick up, and even frozen food service, this is an obvious attempt to get around the regulations which clearly state that restaurants are supposed to be closed. Persons should not breach the regulations which are measures designed to protect the population against the spread of COVID.”

According to the latest COVID-19 public health regulations, Clause 5 states: "For the avoidance of doubt, street vending of food and beverages and all retail food services (including restaurants in-house dining and take-away services) except discount stores, markets, supermarkets, fruit stalls or shops, vegetable stalls or shops, bakeries and ‘parlours’ for the provision of food or other necessities or life, shall be closed for operation during the period set out in regulation 10.”

For more information on St Christopher’s Service Station visit them on Facebook at https://www.facebook.com/St.Christopherstt/

Editor's note: This article has been amended to include the company's statement which was shared via social media.