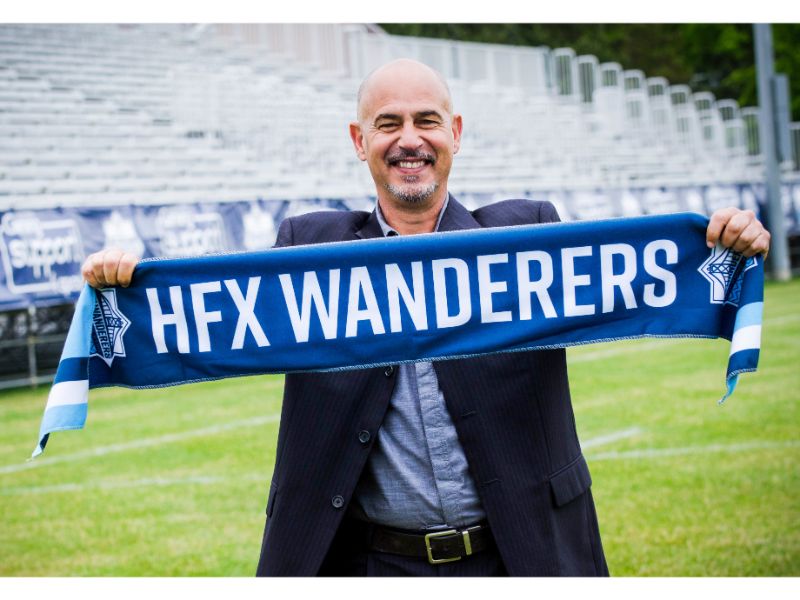 Former national football coach Stephen Hart has been praised for his work with the Halifax Wanderers team, in the 2020 Canadian Premier League.

Star player Aboubacar Sissoko said that Hart did not get enough credit for his role with the team.

The Mali-born player praised the team's family atmosphere and said, this was key to HFX's run to the final.

“We were like friends that played together. We hung out (off) the pitch… there was a good personality with the team. All the players are brothers and it helps us build as a team. That was the key,” Sissoko added.

“A good relationship started from the beginning – the vibe was already nice. The way Stephen [Hart] put us together, got us like a family, was probably why the team had such a good chemistry. It felt like I had been playing with them for three or five years,” said N’sa.

The Montreal native is one of three Halifax Wanders players nominated for 2020 Canadian Premier League Awards.

The others are goalkeeper Christian Oxner (Golden Glove), N’sa (Best under-21 player), and attacker Akeem Garcia (Player of the Year).

Stephen Hart is also up for coach of the year.

Garcia, who is from Trinidad and Tobago, finished as the top-scorer in the 2020 Canadian Premier League with six goals.

Hart was appointed Trinidad and Tobago head coach in June 2013 before departing in November 2016.

The San Fernando-born Hart was announced as the first head coach for HFX Wanderers FC in June 2018.