President asks Parliamentarians: 'Can we trust you?' 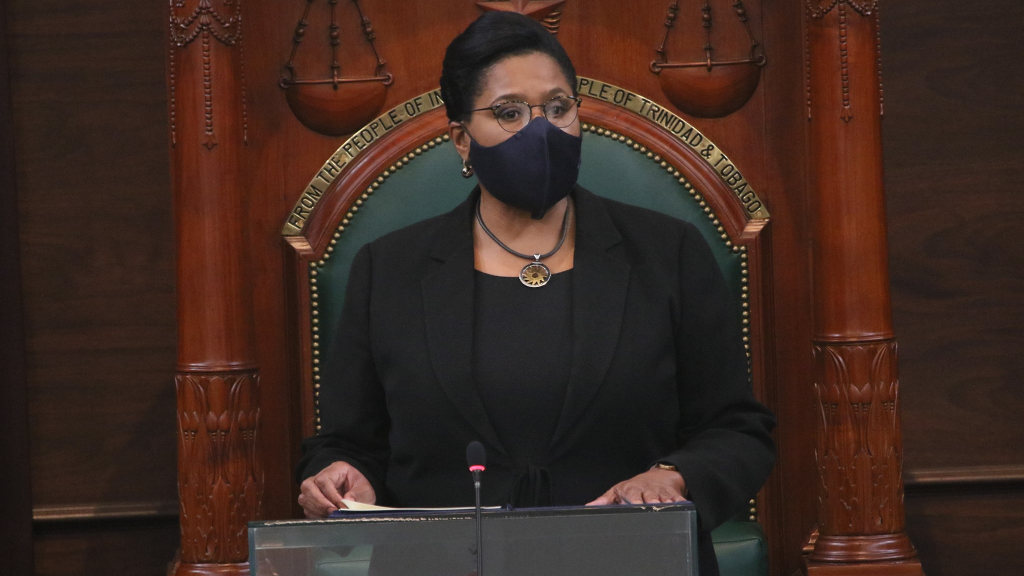 [Pictured: President Paula Mae Weekes addresses Parliamentarians at the opening of the 12th Republican Parliament on August 28, 2020. Photo via Facebook, Parliament of Trinidad and Tobago.

This was the question posed by President Paula Mae Weekes as she addressed Parliamentarians at the ceremonial opening of the 12th Republican Parliament on Friday.

She focused on the theme of trust throughout her speech as she impressed upon the members of both the House of Representatives and the Senate the responsibility they have to citizens.

“I need to ask you a personal question. Can we trust you? I’m asking for a friend. Or, more precisely for the roughly 658,000 people who on August 10 did their civic duty hoping that you prove ready, willing and able to ensure their security, prosperity and future.”

President Weekes called on members to put aside their political differences and focus on working for those who elected them to office.

She said the regular man on the street has no interest in the kind of political gamesmanship that often plays out in Parliament.

She said citizens are for more interested in seeing legislation passed in the House that will impact their lives meaningfully and positively.

“The man on the street is not concerned about the political gamesmanship that often unfolds in these chambers. He wants timely legislation that improves his quality of life and uplifts the nation.

And, that requires that parties, without sacrificing their principles work together to achieve the common good.”

The President said the Independent bench has an important role to play in this regard by bridging any “gaps” through an objective approach and “loyalty” to the people.

President Weekes also had some stern words for Parliamentarians who are on their phones or nodding off while debates are underway in the parliamentary chamber. She said it shows disinterest in the proceedings of the house.

She said citizens demand better of those they elected to office.

“However challenging the process, members of the public expect you to remain alert in order to actively defend their interests. Whether or not the bill under debate requires your input or is within your area of expertise it is almost certain to affect some, if not all of your constituents.

Even when you are not on your feet citizens expect your full participation in the process and when you do make a contribution to the debate, let it be well informed, coherent and digestible by the average person.”

President Weekes stressed that citizens must be able to put their trust in their parliamentarians.