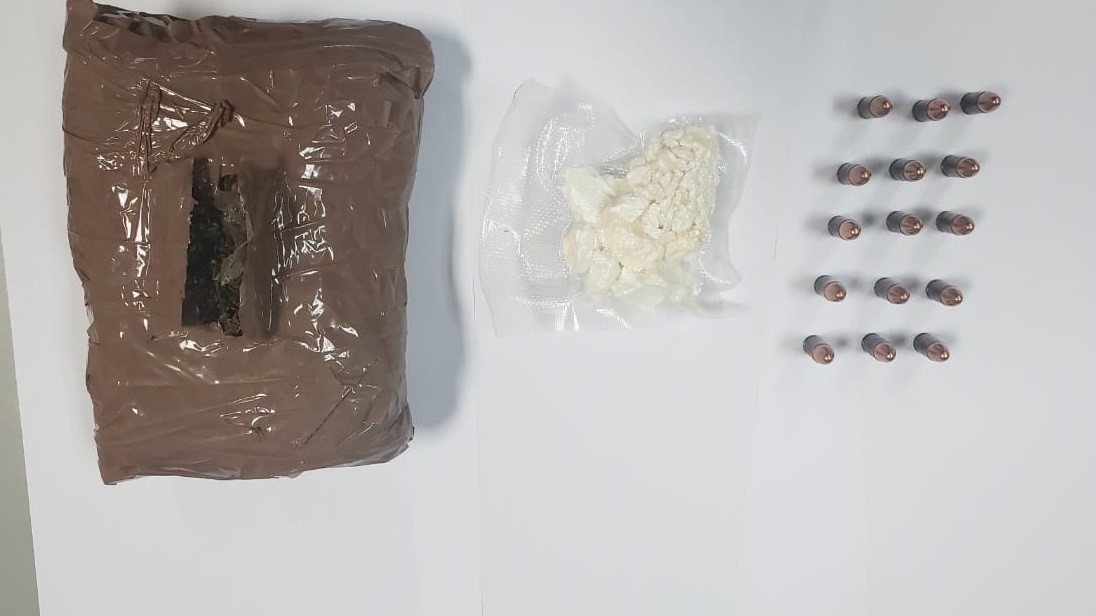 A 20-year-old student from Princes Town was arrested yesterday after a quantity of drugs was allegedly found in the vehicle he was driving.

An anti-crime exercise took place in the Central Division based on surveillance conducted and intelligence received.

During the exercise, officers intercepted a white Mitsubishi Lancer along the southbound lane of the Sir Solomon Hochoy Highway in the vicinity of Courts.

2 held, 29 kilos of marijuana seized after high-speed chase at sea