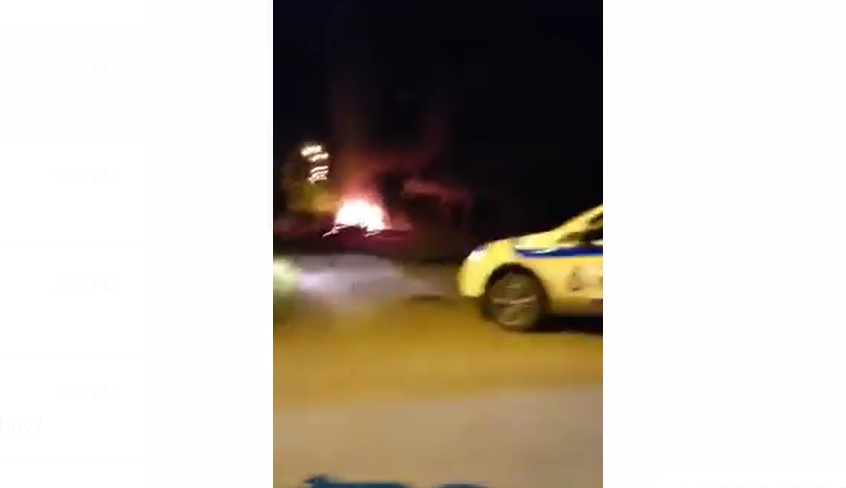 Commissioner of Police, Gary Griffith, has launched an immediate investigation into a report about 15 residents blocking Bridge Road in Sangre Grande.

The report claimed that they were burning debris last night in protest of the reported removal of COVID-19 patients from the Couva Hospital to a building in their area.

Chairman of the Sangre Grande Regional Corporation, Anil Juteram, is assisting the police in this investigation.

Around 10.00pm on Friday, police responded to a report and on arrival found Bridge Road blocked with burning debris. There were about 15 people present.

They were allegedly protesting the apparent relocation of the patients to a refurbished Home for the Aged in Sangre Grande. Police removed the protestors while the burning debris was extinguished by fire officers.

Commissioner Griffith has since launched an investigation into this protest in keeping with his policy that persons would not be allowed to block roads and burn tires as was done in the past. He reiterated his intolerance for this type of behavior. He says anyone seen in the vicinity of such protests, will be interviewed for lengthy periods to assist the police as to who are responsible for these protests.

Video footage showing people at the scene of the protest will form part of the investigation.

The CoP says the Police will not hesitate to act and arrest persons in accordance with the Summary Offences Act, Chapter 11:02, Section 64 (1) (n) which states that any person who commits any of the following offences in any street is, for each offence, liable to a fine of two hundred dollars or to imprisonment for one month:

(n.) in any way wilfully obstructs the free passage of any street.

Residents near facility have nothing to fear, MOH calls for compassion