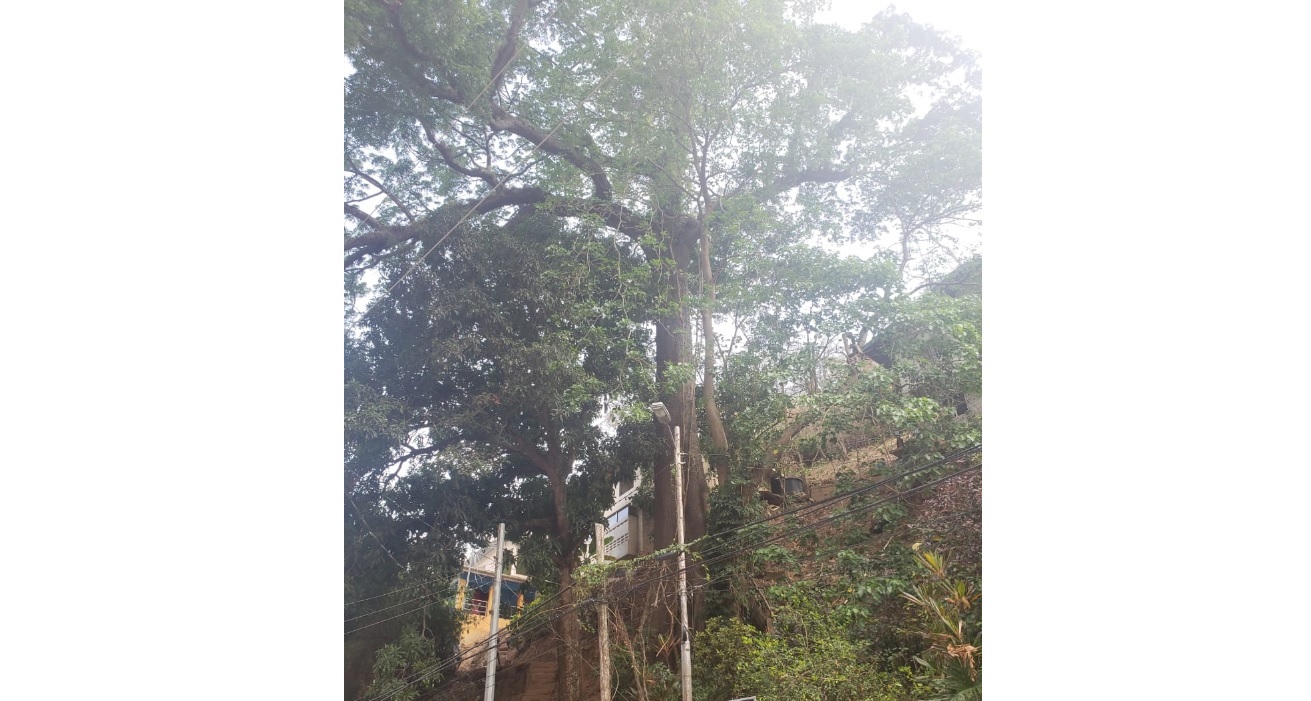 Even as the autopsy for 42-year-old Joseph Jones, who was killed on Monday night, is carded to take place today, residents of the Mt D’or community are concerned that a similar fate can befall them.

Jones, a police corporal who was on suspension, was killed at about 10pm when a 50-foot tree came crashing down on his home along Upper Spring Valley Road, Mt D’or.

He was killed instantly, suffering several broken bones, including a broken neck.

While residents of the community have expressed condolences to the family of the 42-year-old, they noted that another tree, of about the same size, was also poised to fall.

This tree, police were told, however, had the potential to cause even more damage as it was situation among more homes, and a parlour which everyone in the community, including elderly persons and children, often frequented.

The tree was said to be in the vicinity of Lp8 Upper Spring Valley Road, and residents have called on the State to act, before another ‘unfortunate calamity’ befalls the community.

Bushfire, large tree cause dip in electricity supply in some areas