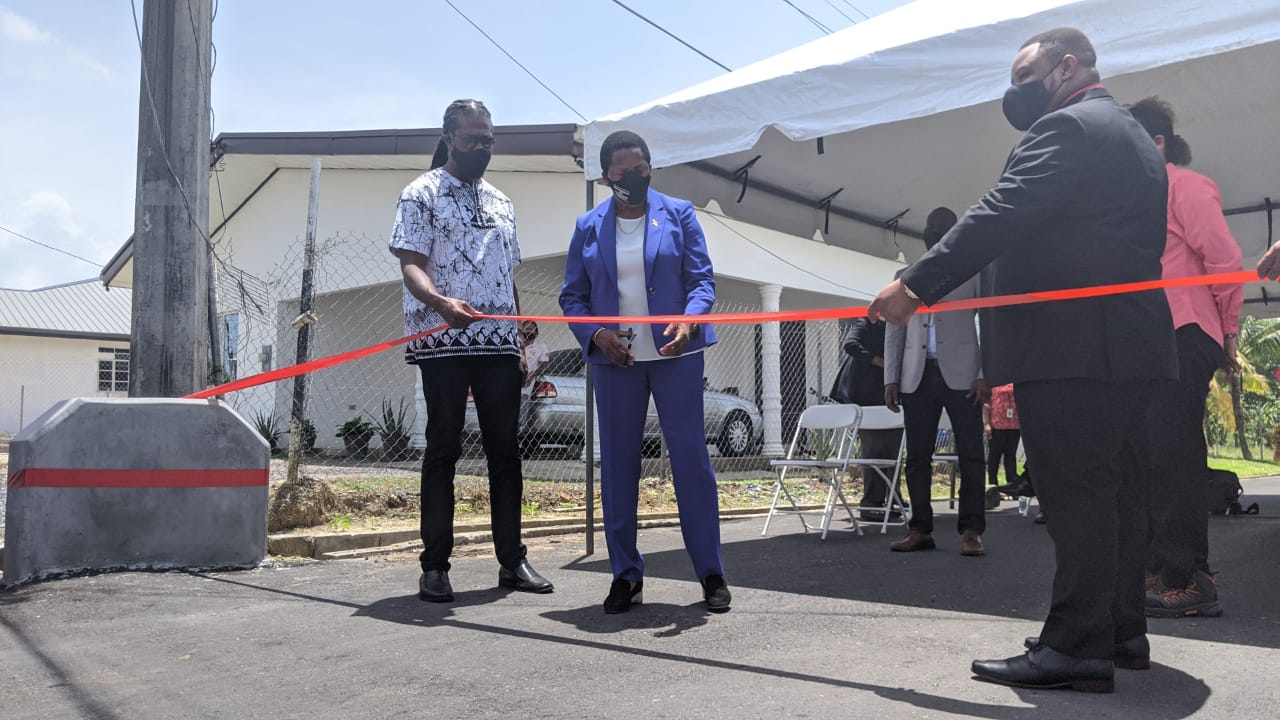 Residents at Bois Bande Road, Sangre Grande, can finally breathe a sigh of relief as the Land Settlement Agency has begun to review their cases.

Minister of Housing and Urban Development, Penelope Beckles-Robinson, along with her junior Minister Adrian Leonce and Member of Parliament for Toco/Sangre Grande Roger Munroe gathered with other officials for a ribbon-cutting ceremony in the area today.

Beckles-Robinson explained her understanding of the need for the initiative.

“This administration understands all too well that decent, affordable shelter is a major priority objective for many of our citizens, regardless of their circumstances. Every one of them will tell you that they are desirous of living in a community where paved roads, potable water, functioning sewer systems and electricity are the norm and not the exception,” she said.

Residents have occupied 48 hectares of state land in Bois Bande since 1998. Today, the Land Settlement Agency, under the Ministry of Housing officially opened the doors for regularisation for the squatters.

“Once the conditions of the COC’s [Certificates of Comfort] are adhered to, statutory leases will be approved at a premium of 25 per cent of its market value to be paid over a 30-year period. Once leases have been paid for, the state can then assign a deed of lease for a period of 199 years,” she said.

More than allowing the residents to live there legally, the ministry has facilitated other work like road paving, proper electricity provision and other services. One resident, Dalia Forteau said she feels like they’ve finally stepped into the year 2020.

“We are glad for our children and the elderly in the area that they can have roads that they can walk on, the children can ride their bikes. We have better infrastructure than before; drainage is better and we’re glad for that.

“The youths got work during this period and we were glad for that so we’re happy that as tax paying citizens, the agency could do this for our community to improve our lives,” she said.

Even so, the work has only just begun. Ricardo James, another resident said he's looking forward to the day that his community is counted among other developed communities in Trinidad and Tobago.

HDC: Rise in housing scams in lead up to election