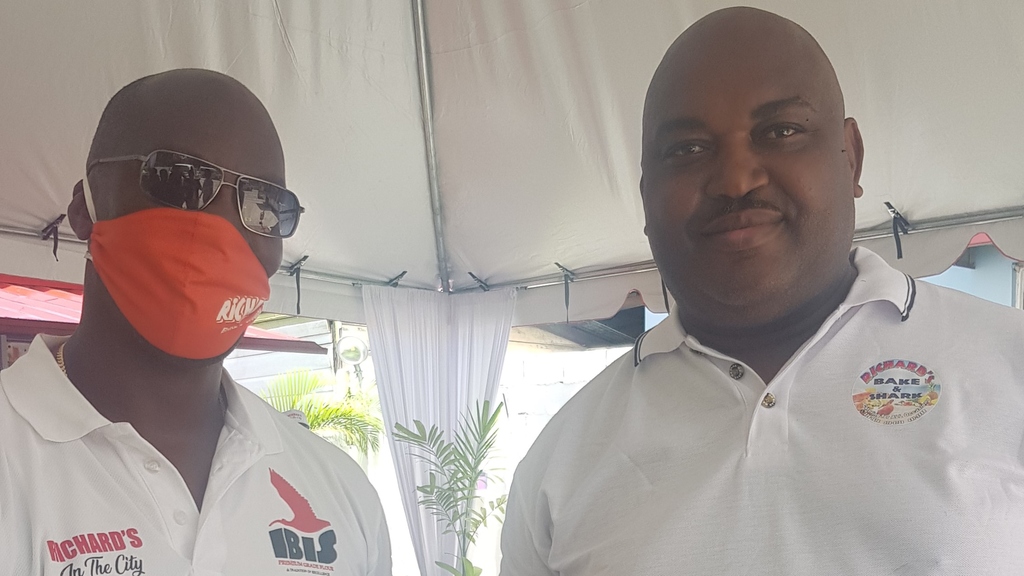 If you've been yearning for a Richard's Bake and Shark over the last two months, you don't have to wait on the beaches to reopen to satisfy your appetite,

Richard Ferguson, founder of Richard's Bake and Shark, said his business partner Kurt Scotland came to him with the idea to open a branch in the city two years ago.

Ferguson said with the closure of beaches due to COVID-19, the timing of the opening was good.

Scotland, who spent most of his career working abroad, said he realised Richard's is an international brand and it was time for him to take the leap of faith and grow beyond Maracas Bay.

"I think this has the potential to grow into a worldwide franchise," said Scotland.

Both men agreed that Richard's will expand to more branches in Trinidad and Tobago.

The opening of the St James branch today saw many people including 2020 Road March and Soca Monarch winner Iwer George passing through.

The establishment is set up similar to its Marcas Bay branch with a self-serve condiment table after you purchase your meal which is cooked on site.

Apart from bake and shark, the menu includes aloo pie, fries and bake with calamari and shrimp.

There is also curbside pick up.