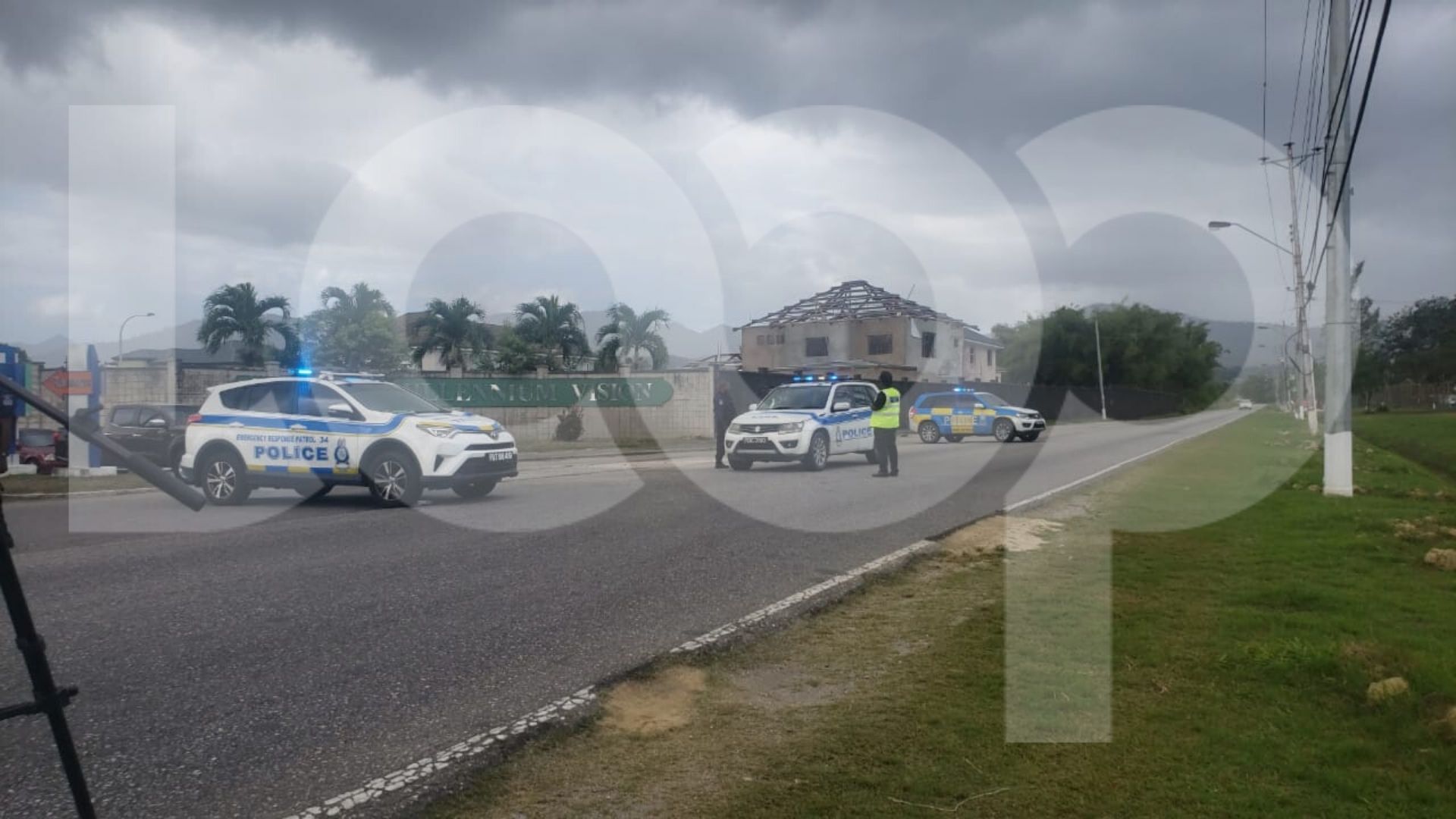 The scene outside the Golden Grove Prison in Arouca on Tuesday afternoon.

A riot erupted after 250 inmates attempted to escape from the Golden Grove Prison in Arouca on Tuesday afternoon.

The disturbing incident, which was streamed on Facebook by a prisoner, occurred around 12.15 pm.

Acting Commissioner of Prisons Dennis Pulchan detailed the events in an interview with reporters outside the prison.

It all began when an officer was assaulted in an interaction with another inmate.

A superintendent attempted to pacify the situation and sustained injury in the process.

Another senior superintendent then intervened and suffered a broken jaw.

Inmates, who were at the time being fed their diet joined the fracas and started to riot in the Remand Prison.

The prisoners then barricaded themselves in the southern division of the prison and jammed the lock so that no one could get in.

They moved to the Remand South Prison and breached wall, by slamming items against it and causing a hole in the perimeter of the prison.

The inmates then tried to escape through the wall.

However, they were met with officers who used firearms to stop them from escaping and sent them back inside.

But it didn't stop there.

The prisoners went to the roof and started a fire in an another attempt to escape.

Officers fired shots and they retreated down into the prison.

Police were contacted and they alongside prison officers entered the prison.

"We formed a joint team of prison, police and other agencies, we went inside and currently we had to use non-lethals to stop them from rioting," Pulchan said.

The Prisons Commissioner assured that the situation was eventually controlled.

Commenting on concerns expressed by the inmates about the COVID-19 virus, Pulchan said there are no cases in the prison and several precautionary measures have been implemented.

And, on the issue of the live stream he said an investigation will take place and charges can be laid.

Police and prison officers have locked down the Golden Grove Prison in Arouca, where a riot has broken out.

News of the riot came as an inmate went live on Facebook on Tuesday, showing the action behind the bars.

Inmates were heard shouting, "We not dying from no corona, " and "We want we freedom."

Officers have blocked part of the roadway in front the prison.

This is a developing story and will be updated as more information becomes available.