Rowley: I made enemies in this office 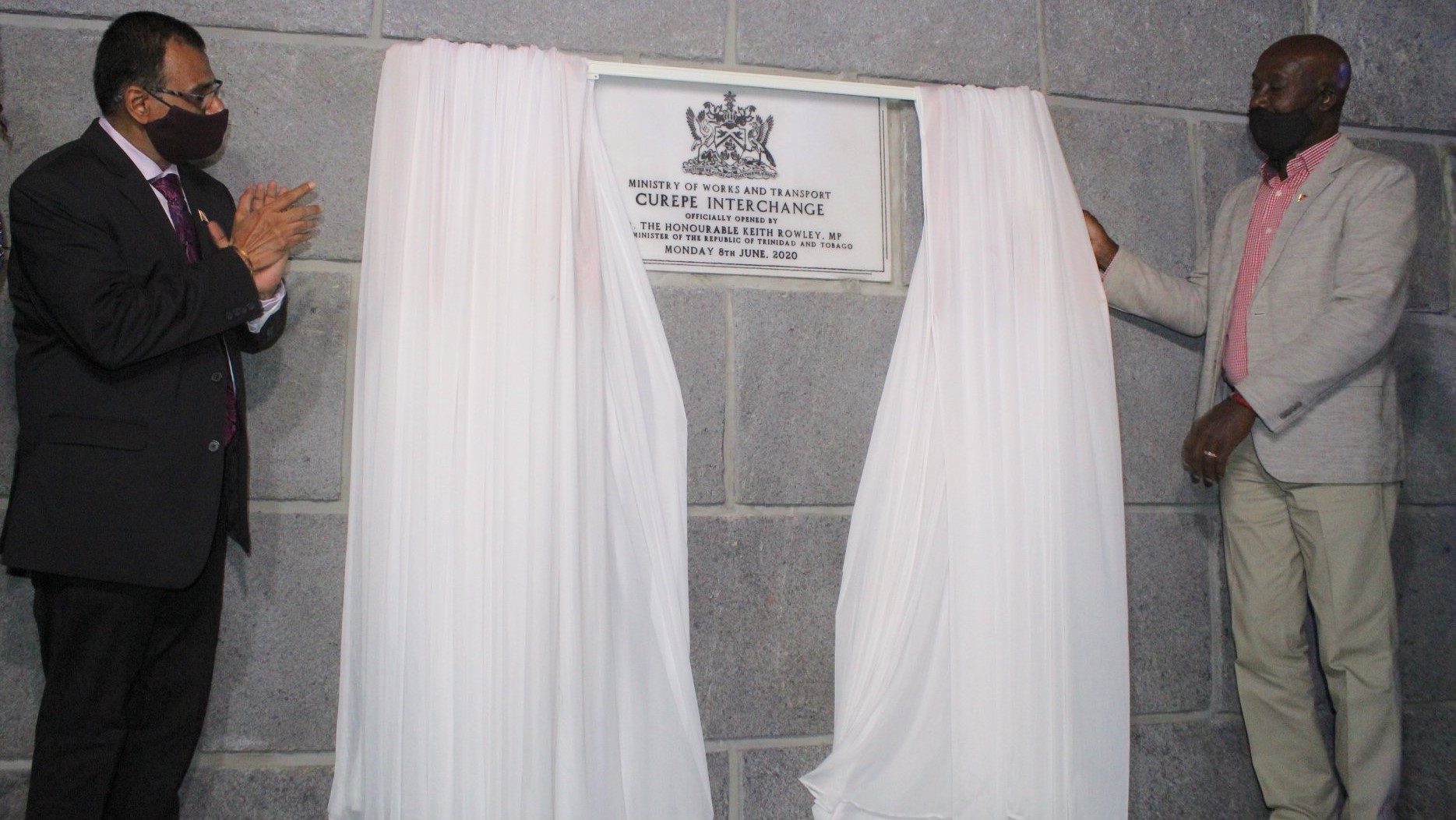 Minister of Works and Transport, Rohan Sinanan & Prime Minister Dr Keith Rowley unveil a plaque commemorating the opening of the Curepe Interchange (via Office of the Prime Minister)

Prime Minister Dr Keith Rowley says his penchant for putting the country’s interests first has cost him quite a few relationships during his tenure.

Speaking at the official opening of the Curepe Interchange, Dr Rowley said he doesn’t mind the cold shoulders.

Dr Rowley reiterated the importance of getting value for money on the project. The previous administration had awarded a contract which would have cost $200 million more.

“Ask yourself, how could that be? Same concrete, same steel, same land, same everything but you could have spent $200 million more on it,” he said.

The Prime Minister says that for a long time citizens of T&T were used to hearing of exorbitant prices for projects like the interchange, so $440 million wouldn’t seem odd, but within his own office, he couldn’t accept it.

Dr Rowley says he’s proud to have been able to complete the project under the circumstances of ‘doing more with less’.

Watch: The Curepe Interchange from above

Temporary closure of CRH in vicinity of Curepe Interchange