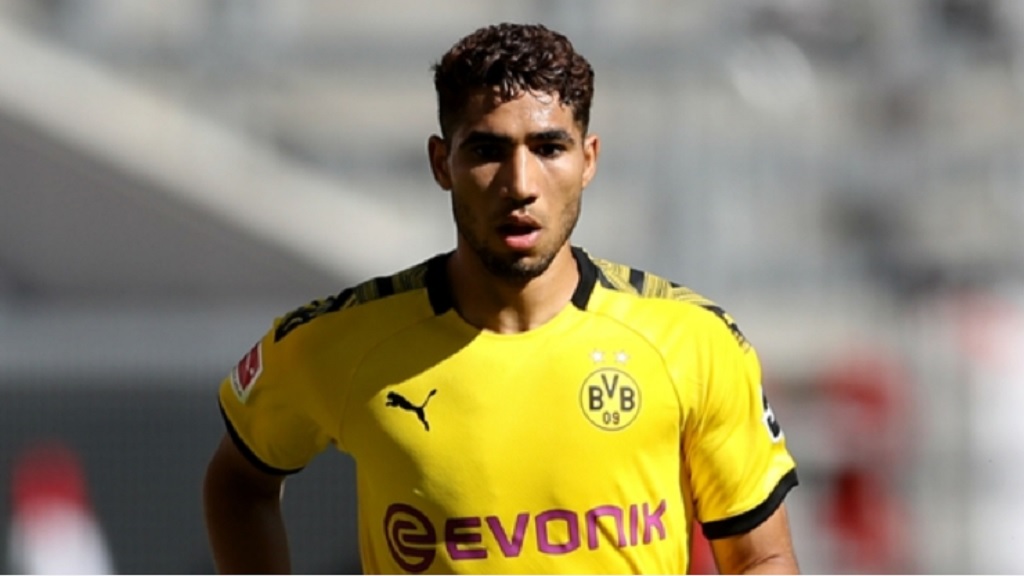 Achraf Hakimi appears to have found a new home.

The Morocco international has impressed during his loan spell at Borussia Dortmund, attracting plenty of interest.

But LaLiga giants Real Madrid are reportedly ready to cash in on Achraf.

Inter have agreed a deal to sign Achraf Hakimi from Real Madrid, according to Sky Sport Italia.

Achraf has spent the past two seasons on loan at Borussia Dortmund, who have been interested in signing the Morocco international permanently.

Chelsea and Paris Saint-Germain (PSG) have been among the clubs interested in Achraf, but Madrid are set to sell the 21-year-old to Antonio Conte's Inter for a reported €40million fee.

- Sport1 claims Leroy Sane's proposed move to Bayern Munich is on hold until 2021. The Manchester City star is tipped to leave the Etihad Stadium for Bundesliga champions Bayern, though the two clubs have been unable to strike a deal. Sane now looks likely to depart once his contract expires next year.

- Arthur will travel to Turin in the coming days to undergo a medical ahead of his move to Juventus, according to RAC1. Barcelona midfielder Arthur is set to join Juve, with Miralem Pjanic moving in the opposite direction.

- Roma are plotting a move for free agent Edinson Cavani, says Calciomercato. Cavani is available on a free transfer after leaving PSG, with Atletico Madrid, Inter and Napoli eyeing the Uruguayan forward.

- Sport reports the Champions League will determine Neymar's future at PSG. Neymar has long been linked with a return to Barca following his world-record departure in 2017.

- Calciomercato says Milan are focused on signing Salzburg sensation Dominik Szoboszlai. However, PSG and Arsenal are also among the teams eyeing the 19-year-old Hungarian.

- Manchester United are among the possible destinations for Arsenal midfielder Matteo Guendouzi, who faces an uncertain future with the London club, according to L'Equipe.

Rumour Has It: Man City favourites to sign Koulibaly

Coronavirus cases in the Caribbean to date: 68,326