Rumour Has It: Suarez wants Barca stay, Chelsea with choice to make 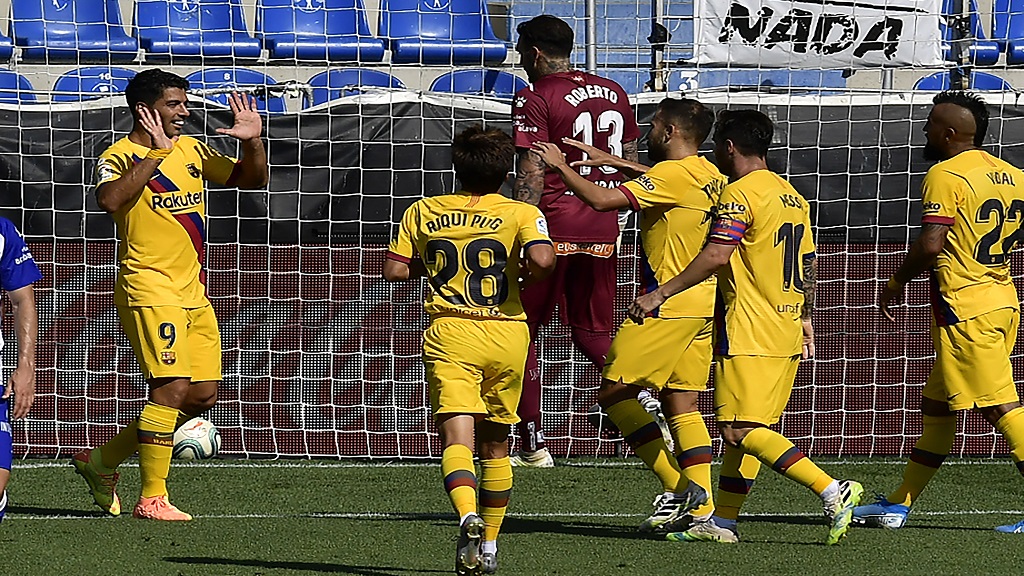 Luis Suarez is eager to stay at Barcelona amid MLS interest, while Chelsea may have a choice to make.

Suarez, 33, is out of contract at the LaLiga giants next year and has been linked with a move away.

The forward seemingly has options.

Suarez has no intention of leaving Barcelona, according to Sport.

It comes after Mundo Deportivo reported Suarez has an offer from MLS club Inter Miami but wants to extend his stay at Barca beyond 2021.

- Chelsea are linked with further moves this close season. But Sport Bild reports Atletico Madrid are relaxed over the Premier League club's interest in Jan Oblak, with the LaLiga side doubting Chelsea can afford both the goalkeeper and Bayer Leverkusen star Kai Havertz.

- Philippe Coutinho is expected to make a permanent move from Barcelona. Mundo Deportivo claims Arsenal are best-placed to land the playmaker and Barca want only money for the Brazil international.

- Bayern Munich have set their price for Thiago Alcantara, who is linked with a move to Liverpool. Sport Bild says the Bundesliga champions want £27.2m (€30m) for the midfielder.

- Could Manchester City have received a transfer boost? Sport Bild reports David Alaba's contract talks with Bayern Munich are at a stalemate. Alaba is out of contract at Bayern next year and has been linked to City.

- Jesse Lingard's time at Manchester United could be over. The Daily Mail says United are prepared to sell the midfielder, who has been linked to Roma and Borussia Monchengladbach.

Rumour Has It: Man Utd looking at Oblak, Madrid want to raise €180