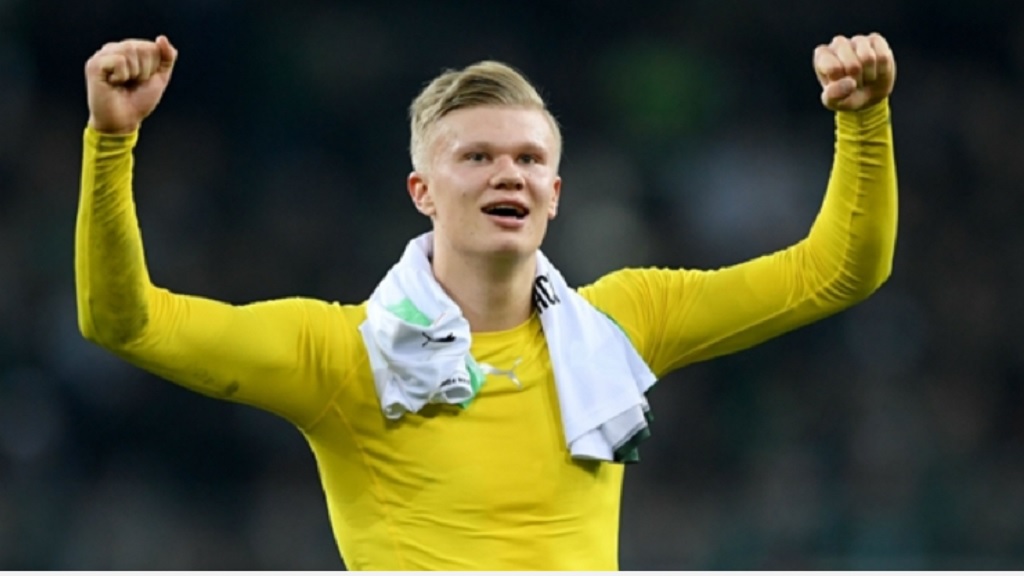 Paris Saint-Germain (PSG) are reportedly set to rival Real Madrid for Erling Haaland, while Barcelona continue to consider their moves.

Haaland has starred this season and moved to Borussia Dortmund in January, but the forward is already being strongly linked with a move away.

While the Norway international is apparently a key target for Madrid, it seems PSG also like the forward, who scored against them in the last 16 of this season's Champions League.

PSG could threaten Madrid's pursuit of Haaland, according to the cover of Marca.

The Ligue 1 giants are looking at the 19-year-old with Kylian Mbappe's contract expiring in 2022 and the futures of Edinson Cavani and Mauro Icardi uncertain.

Haaland has scored 13 goals in 12 games for Dortmund this season, with two of those strikes coming in BVB's 2-1 win over PSG at Signal Iduna Park in the first leg of the Champions League's last 16.

PSG went through in the return leg, with the team – led by Neymar – mocking Haaland's meditation celebration at full-time.

- At Barcelona, there is uncertainty over how the club can land Inter star Lautaro Martinez as well as Juventus pair Miralem Pjanic and Mattia De Sciglio. Sport says Barca have seven players they are prepared to sell to get deals done for the trio – Ivan Rakitic, Arturo Vidal, Samuel Umtiti, Junior Firpo, Carles Alena, Rafinha and Nelson Semedo. It also reports Inter are hoping to sign Vidal, but not as part of a deal for Martinez.

- Bayer Leverkusen star Kai Havertz continues to attract plenty of interest. The Sun claims Liverpool, Manchester United and Chelsea have joined Bayern Munich in the battle for the attacker, while Le 10 Sport says Madrid are also keen on the Germany international.

- Madrid could be busy during the close season. AS understands they are following Lille defender Gabriel as an alternative to RB Leipzig centre-back Dayot Upamecano.

- With his contract expiring at the end of the campaign, Layvin Kurzawa looks likely to leave PSG. Sport reports Atletico Madrid have joined the list of teams who want the left-back.

- Moussa Diaby has scored four goals and provided five assists for Leverkusen in the Bundesliga this season. Le 10 Sport believes Arsenal and Dortmund have asked about the 20-year-old winger.

Rakitic to Barcelona amid transfer rumours: You can always talk to me

Rumour Has It: Liverpool target Werner open to Inter move

Rumour Has It: Liverpool target next Neymar, Sane set for City exit