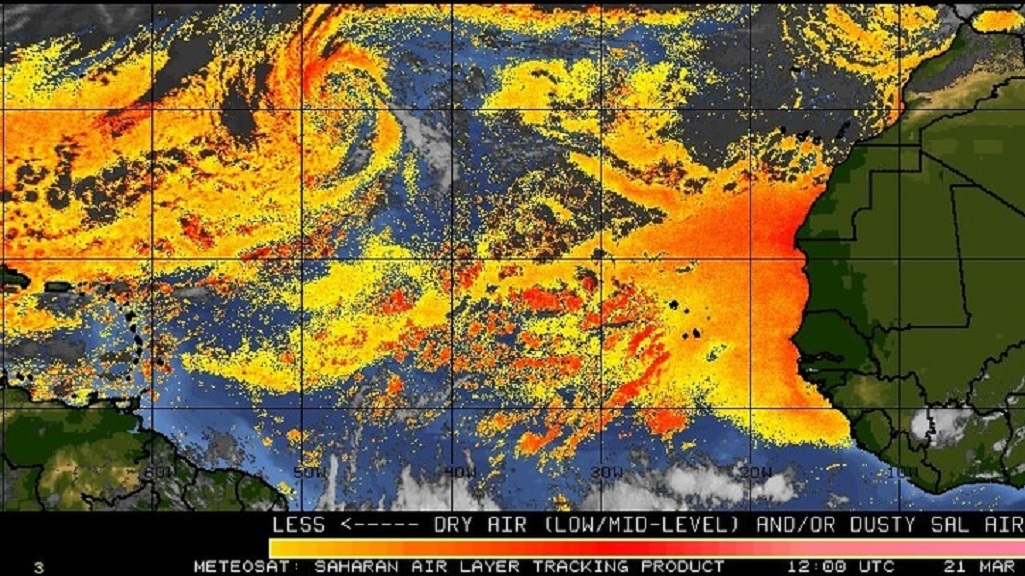 Photo via the T&T Met Office.

The public should get some relief from Saharan dust over the next few days, according to the Trinidad and Tobago Meteorological Service.

The Met Office said in an update that dust levels would be in lower concentrations and should last for the next two weeks.

"Saharan dust update (21st March): The atmosphere over the Atlantic remains generally dry, but with lower concentrations of Saharan dust.

"The current atmospheric setup is not conducive for mass transport of dust over the Atlantic and this is not expected to change soon. The odd "event" may still occur, but no major Saharan dust influxes are expected for at least the next two weeks.."

Met Office: Low levels of Saharan dust over next 7 days